The appearance is unique and looks like a jewel. Lightweight and comfortable to wear, the ear canal is completely covered, so the sound insulation is high. 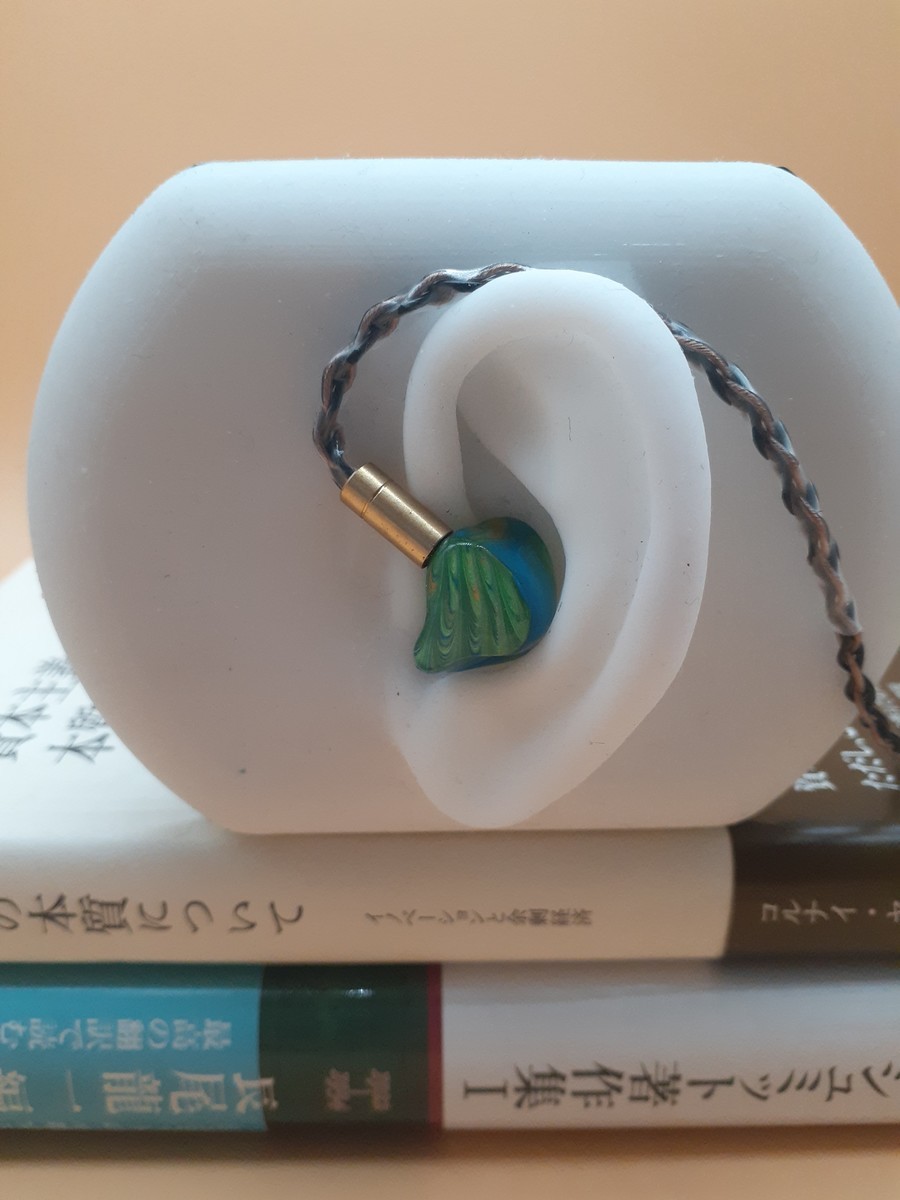 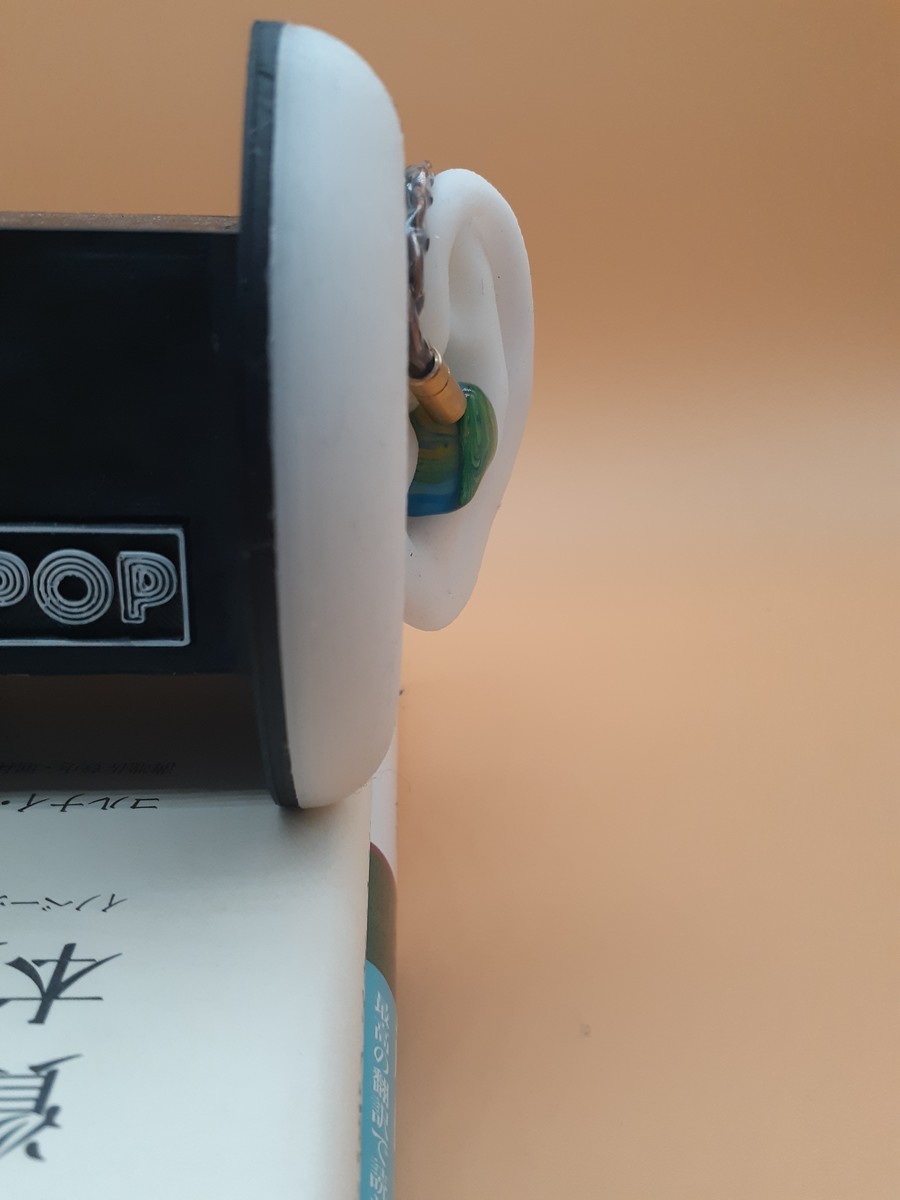 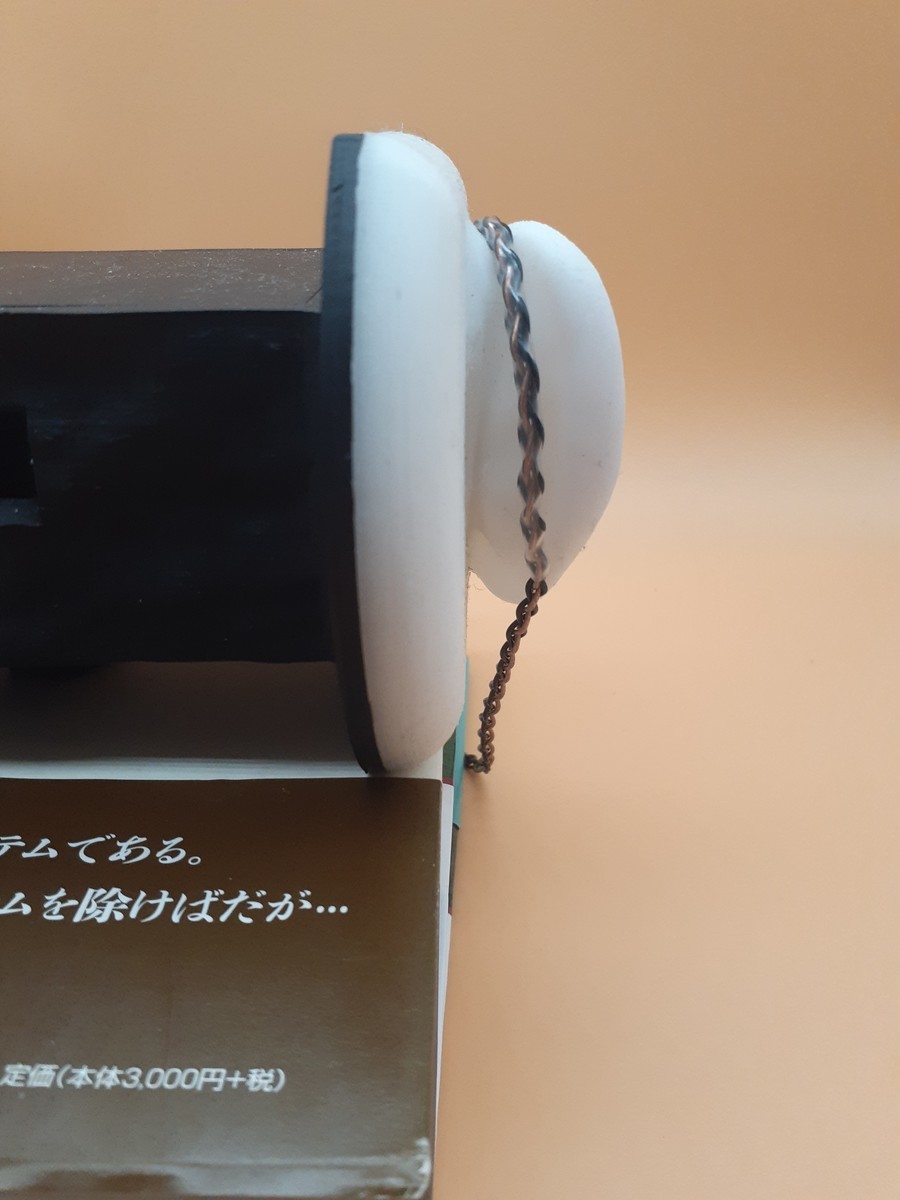 Please refer to the HiFiGO review article for more detailed articles about accessories. 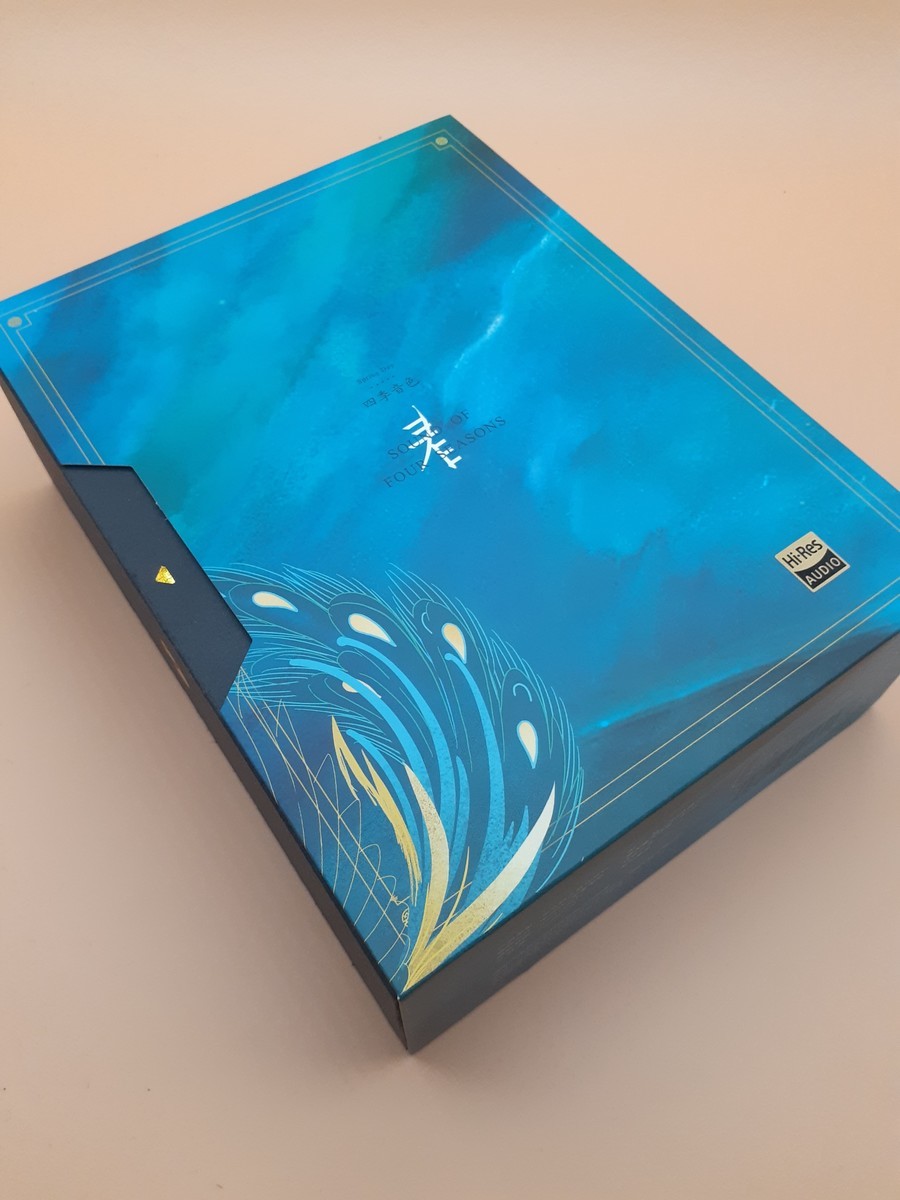 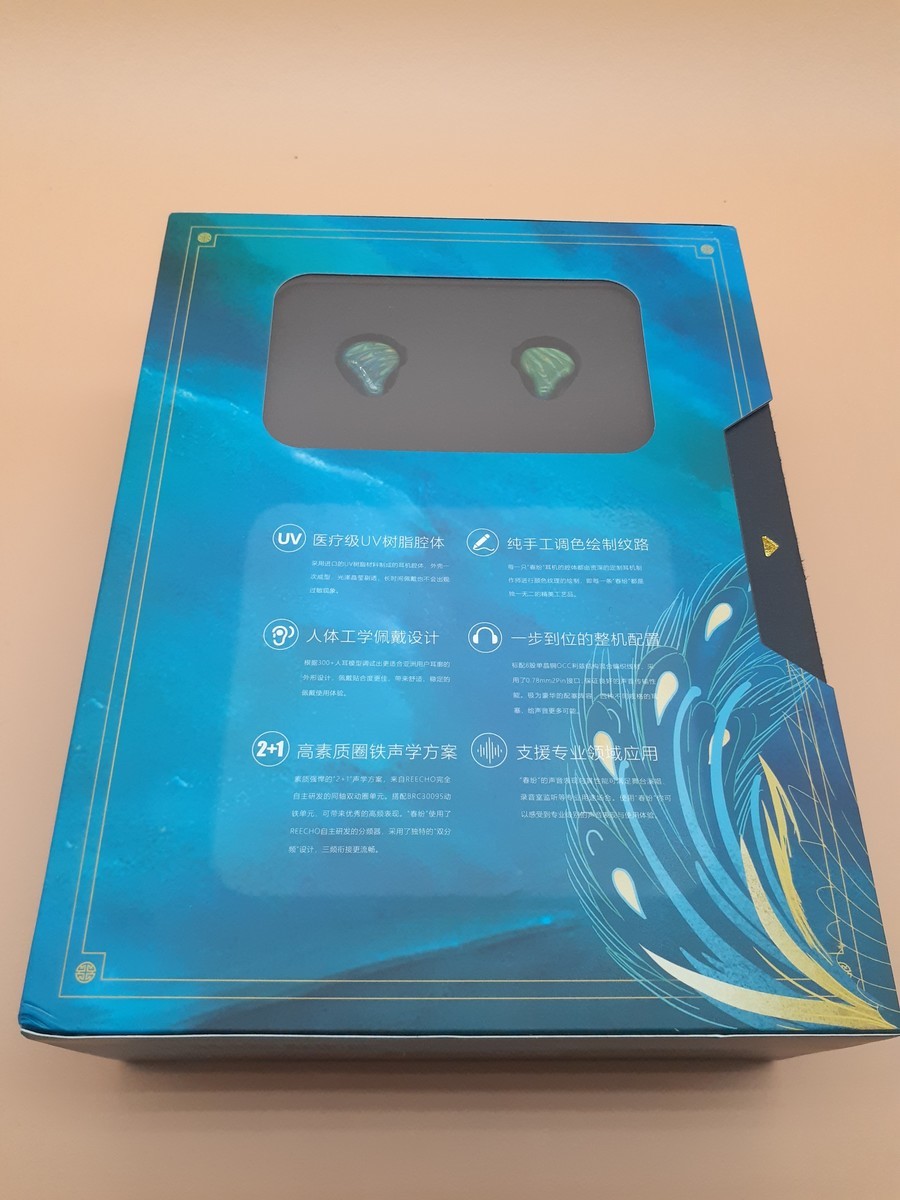 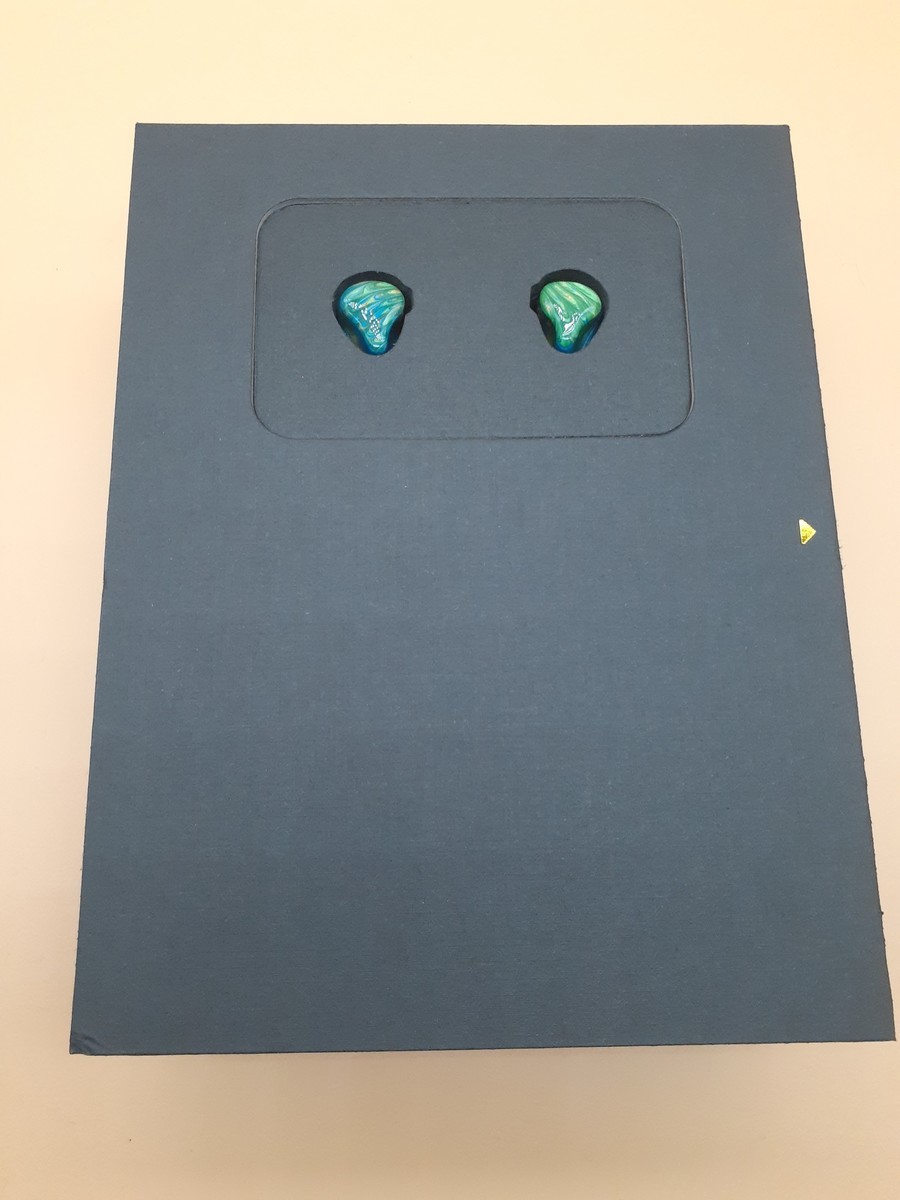 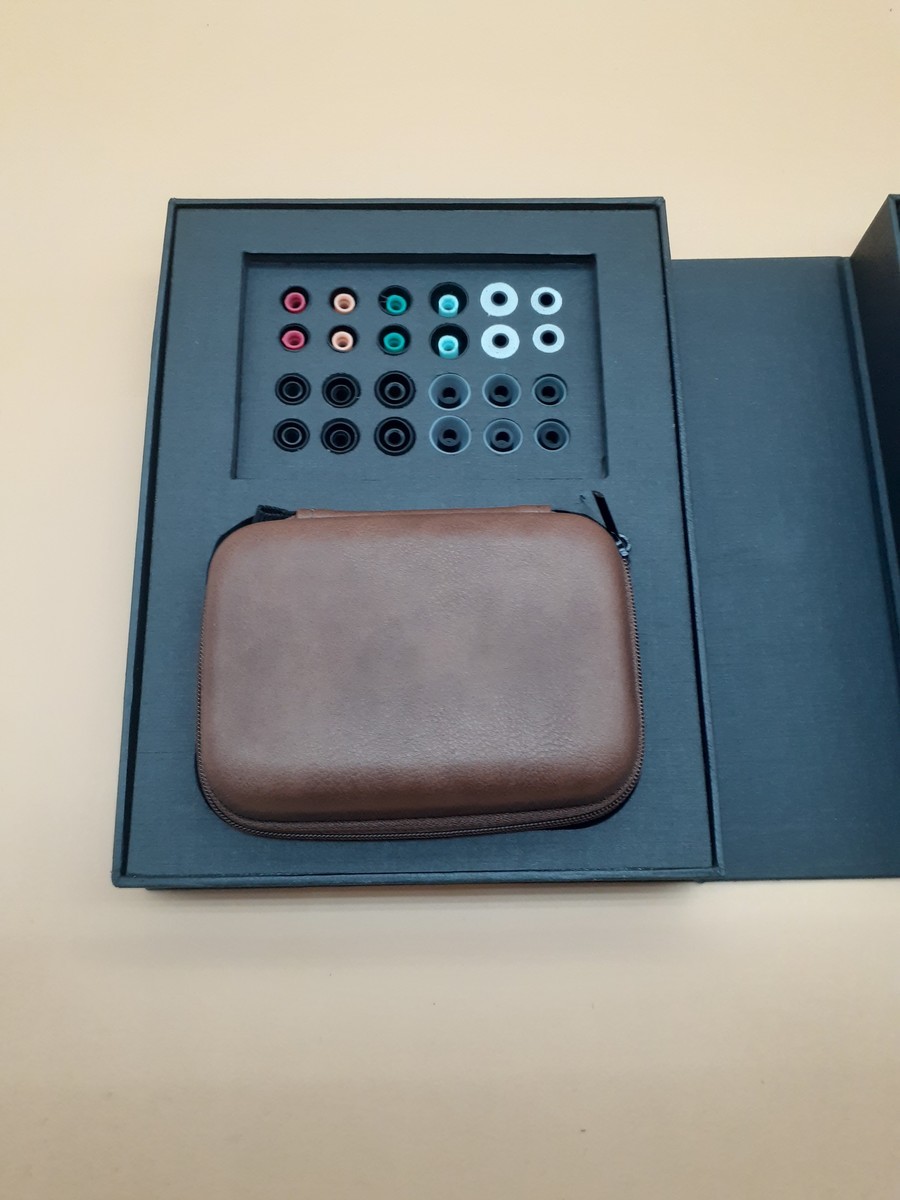 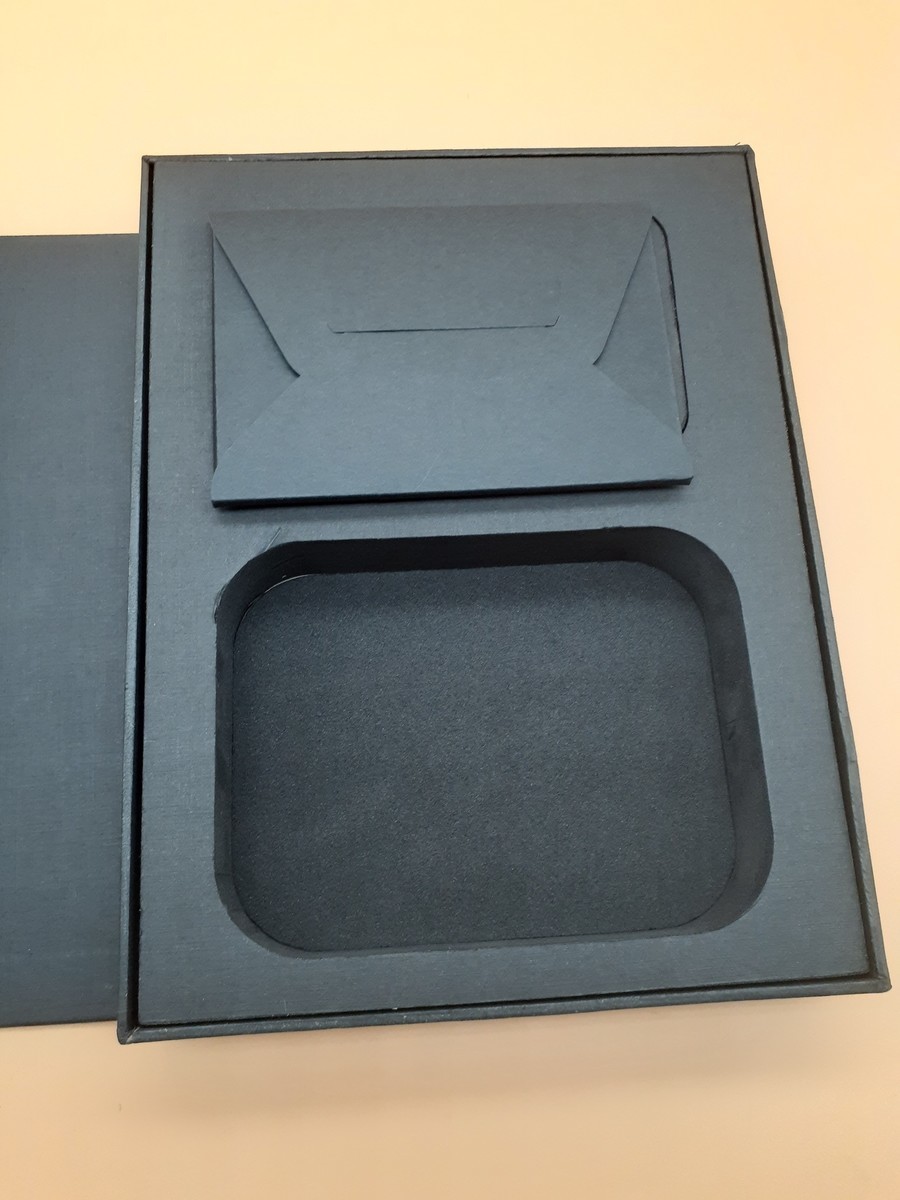 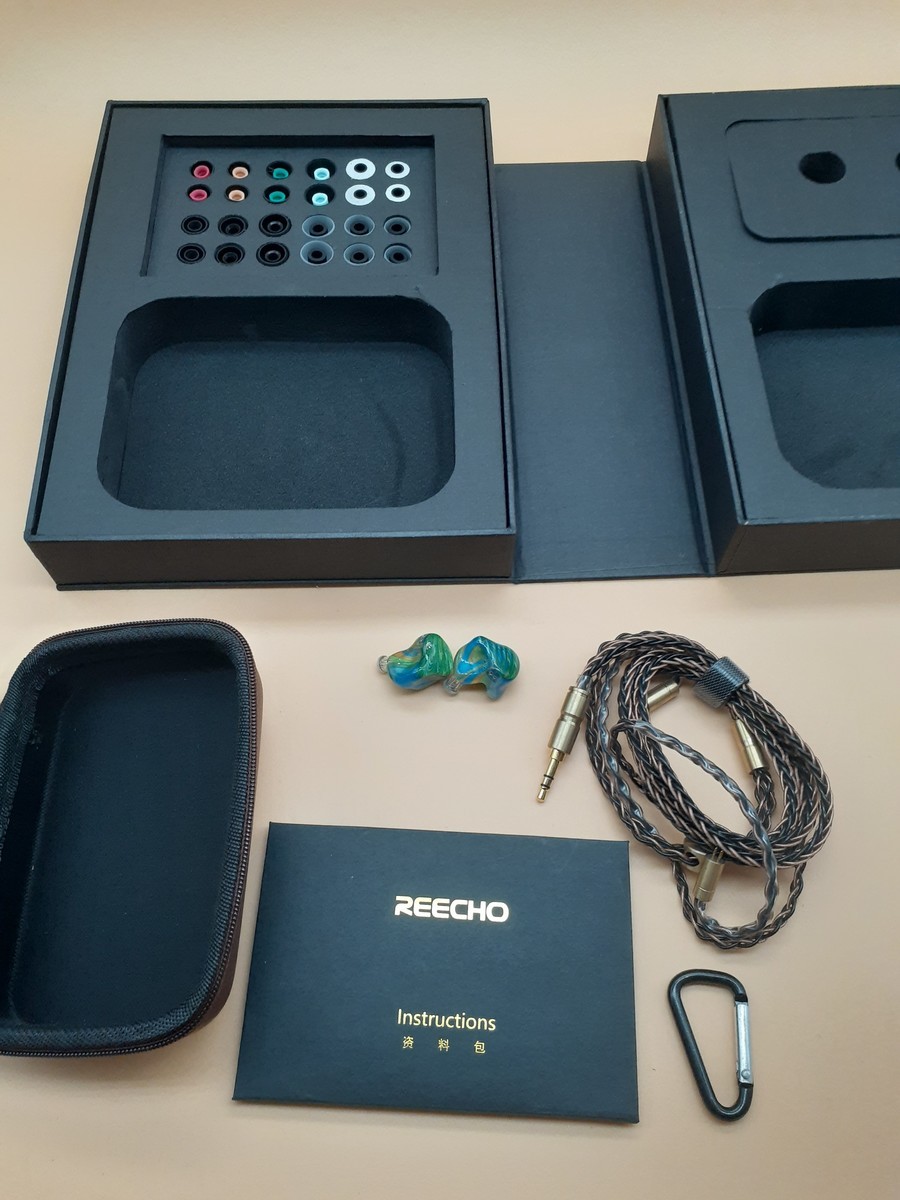 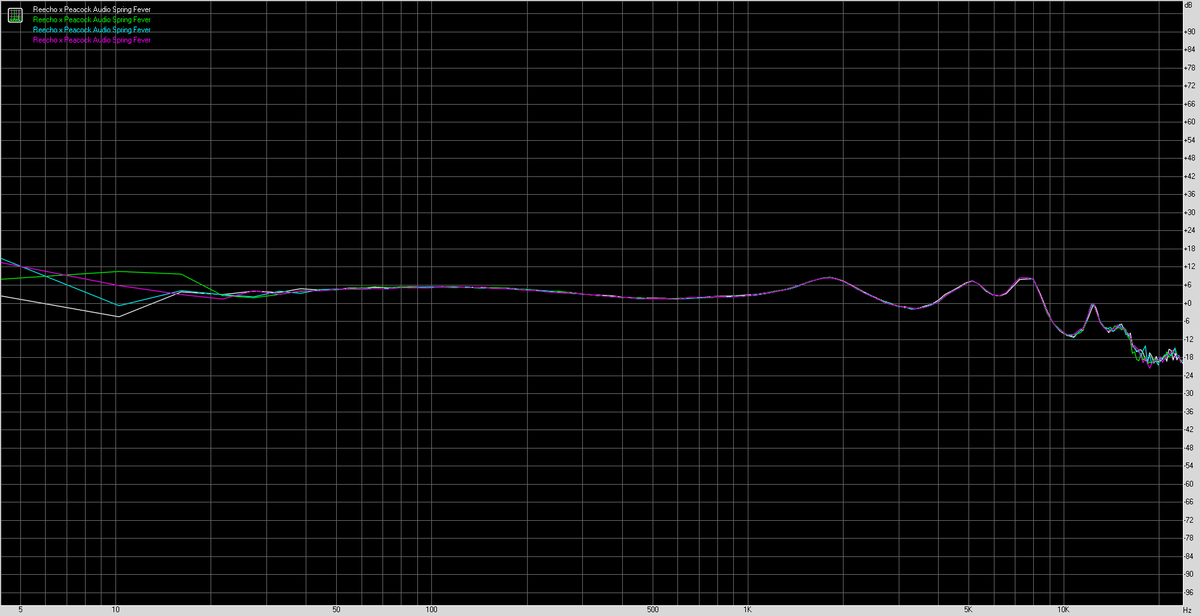 The music used in the recording signature is from the game maker Nihon Falcom, which I also love.

This time, the first impression is confirmed using the L size of the silicon black axis type (Reecho-AET07) in the standard earpiece.

Sounds enough with a smartphone

In terms of specs, it was enough to sound with a smartphone, and I tried it on a Galaxy A20, I didn't feel any shortage. Probably it sounds normally.

These earphones are generally tuned to almost flat balance, and the low and high frequencies are conscious of the midrange, and the vocals are especially attractive because they provide a transparent space that can be heard lively.

First of all, the low frequencies, but without emphasizing the thickness, the drums are bright and the beaters are slightly emphasized. This kind of tuning generally gives the sound a tight, rhythmic taste and good lift. And the speed is fast enough to sound like running. The sound rebound isn't strong, but the snare snappy feels like running, so it's a favorite for those who like tight, speedy sounds.

The low range has good visibility, and it floats up and supports the rhythmical well, so the mid range has a sense of stability, but there is no space to haze and there is a sense of transparency. The vocals may be slightly unsatisfactory in terms of thickness, and the male vocal of this song has little bitterness, deepness, and warmth, but it sounds well from the back of the throat and consonants are clearly singing, vivid detail feeling there is. The inflection of the voice is designed to be enjoyable, and I feel that even the slight tremors of the vocals can be enjoyed.

Acoustic guitars have beautiful arpeggios and rarely collide with vocals. There is enough sparkle, a little warmth, and the glare is carefully adjusted so that even hard sounds will not hurt your ears and will give you a gentle taste. Some people may feel a little country music taste.

Generally speaking, songs played by acoustic guitars and songs close to them will sound attractive in a slightly warmer form.

Because the balance is close to flat, there is an atmosphere where the sound is easy to gather in the middle range. As a matter of fact, the beginning of this song is a little too concentrated around the vocals and there is a sense of transparency, but it may give a slight impression that the visibility is bad. When you listen to the beginning of this song, the sound field lacks the three-dimensional effect, and you may feel that it is not that wide. I think one of the reasons for this impression is the lack of vocal body.  It seems that the vocals should be the pillars of this song as a starting point of the song and as a support for the whole song. However, there is a lack of body in the middle of the midrange, and it sounds a little higher and emphasizes breathing. For this reason, the vocal axis was lost and the song did not have a sense of stability, which seems to be leading to a lack of three-dimensional feeling and fulfillment at the beginning.

However, as the song progresses, the vocals gradually rise and emerge as if singing gorgeously, so the lack of body felt at the beginning should be resolved. By the end of the first climax, the entire song will be deployed in the sound field, and the lack of the first three-dimensional effect will not be felt.

The floor is punchy, tight and rhythmic, so I don't think there is any shortage in rhythm. Not only the depth, but also the rugged scaffolding that supports above, also makes the dance floor fully aware. The undercarriage is lively, the steps are clear, and they dance enough.

From the mid-high range to the high range, there is a sense of flashiness and sharpness, and while the edges of the sound are felt carefully, the glare is moderately suppressed, so there is a sense of transparency. It is easy to capture sound images. The transients are somewhat clear and have many contour cues, which seem to go well with the delicate atmosphere of EDM.

There is a place where the head is a little big and it is easy to get shaky. Female vocals are up to you（Real Paradis - "Kaze to Oka no Ballade"）

It is a relatively well made vocal earphone, and it lets me listen to the voice that balances sweetness and clearness of consonants, so I think it is quite versatile. Still, the body is a little short, for example, I think this song is a bit harsh vocal. Originally there is a flashy place where hi-hats are easy to shake, but there are also places where the vocals are a little thin and emphasize the area. Because of that, coupled with the crispness, I feel that it has become a shaker sound that emphasizes a little annoying brittleness and lacks a sense of stability.

The strings also have a smoother sound above the body, and there are some areas that are slightly hysterical, so the overall sound is crowded around the mid-high range, giving me the impression that the sound is not well organized. Given the lack of body, male vocals are probably more satisfying than female vocals.

A quick and reliable way to make up for the lack of body is to change the eartips. The black silicon eartips focus on the mids closer to the low end, which can make Spring Fever more like a more orthodox vocal earphone. In addition, the silicon eartip "Colombian Earmuff" in the upper row also increases the richness, so it may solve the body shortage. The foam type also has the effect of reducing high frequencies, so it will give a high sense of focus to the midrange. For this reason, mid-body deficiencies can often be remedied with standard eartips, but more or less sharpness and clarity may need to be sacrificed.

These earphones have plenty of sweetness in the midrange and can play a fresh sound in songs with an acoustic atmosphere, so you should be able to feel enough nostalgia with this song.

Vocals tend to have moderate or slightly less body, but this song has enough voice and no shortage. Rather, the consonants are clearly pronounced and emphasized, and the breathiness is added brilliantly, so that you can clearly feel the sweetness of the midrange, the sharpness of consonants, and the cleanliness of breathlessness. You can enjoy as if you can see your mouth.

Acoustic guitar and piano do not emphasize the connection with the low range and are slightly raised, but they are plenty of water and have a juicy fulfillment. I think that it is not a bad option to fully enjoy the fresh clarity of this song.

These earphones, which generally place emphasis on the mid range, are suitable for vocals, but do not emphasize the body much, but rather feel a citrus flavor with a sense of smoothness and cleanliness. Female vocals can be a bit of a shortage of body depending on the song, but the singing voice is often focused in the midrange with a sense of transparency, so vocal songs will seem attractive for both men and women. Rather, it is for those who value the vocal's contour detail (mouth movement, consonants, breathing). You can enjoy a space that is naturally bright and translucent as a whole, and the sound field can be felt open in most songs. However, those who stick to the low frequency may get an unsatisfactory impression.