I got my hands on See Audio's new SeeAudio Bravery, and here are my first impressions.

SeeAudio is still a very young brand, having only been founded in 2018. However, it's safe to say that its name is well known and already well established in the Chinese earphone world of 2021.

Their love for Japan is also evident in their entry into the Japanese market with the release of the "ANOU", a limited edition model only available in Japan, SeeAudio has focused on the Japanese market more than any other and has given it a special tuning.

SeeAudio Bravery, a collaboration with fans

The Bravery is a product that means a lot to SeeAudio, and in an effort to further grow the brand and interact with the fan community, SeeAudio has teamed up with the audio community to conduct a poll on their official social media accounts.

The Bravery's tuning curve, design, and appearance are all determined by fan votes.

Prior to the production of the Bravery, See Audio interacted with the audio community through social media (voting in Facebook groups) and offered the community the "Bravery" community project. This project offered two different frequency curve responses and multiple choices of face cover and shell designs.

In short, "Bravery" is a community-made project, with the professionals at See Audio bringing to life a product chosen by the community. 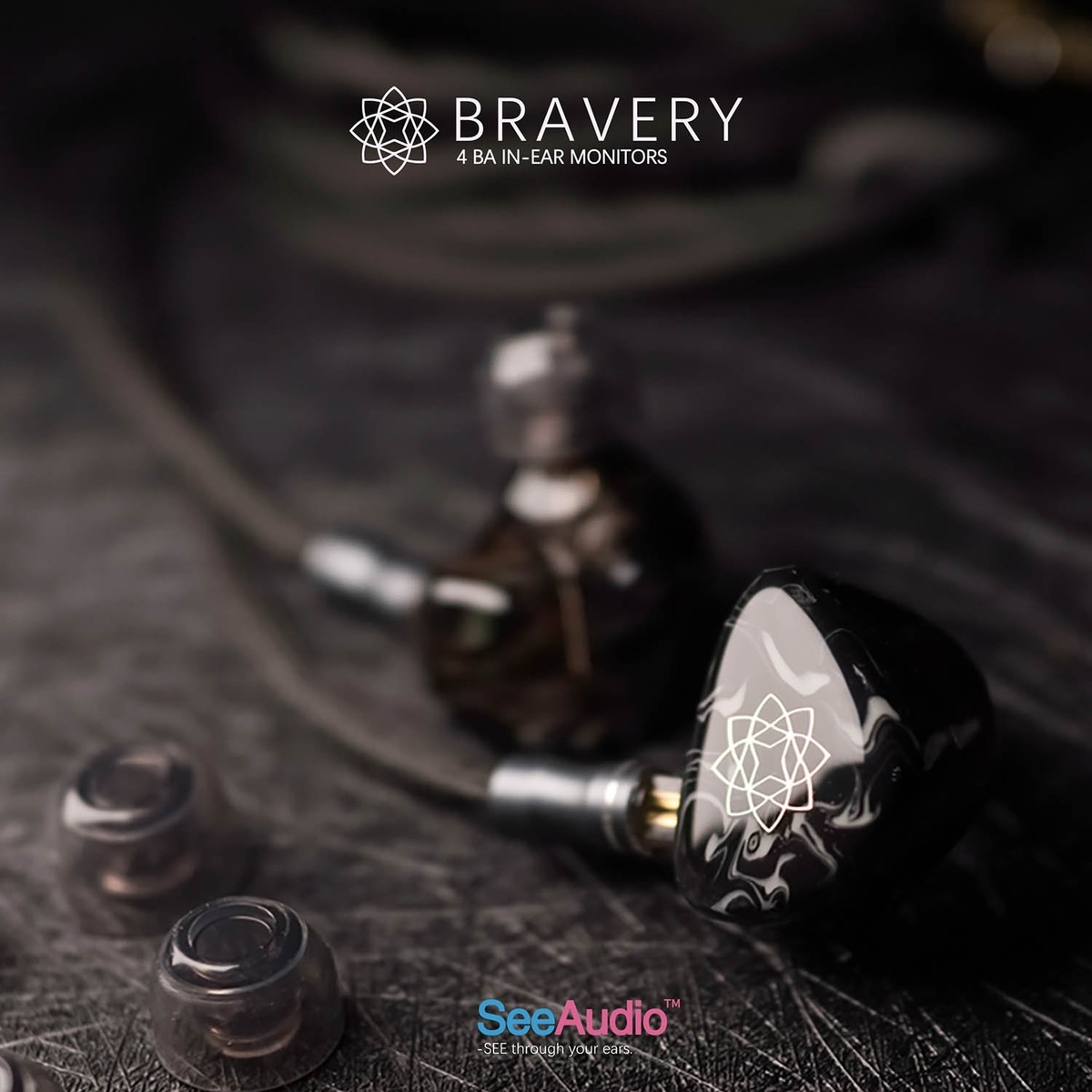 The SeeAudio Bravery's sound seems to focus on smooth midrange expression. It's tuned to sound neutral in most of the midrange, so the vocal soundscape is highly consistent, but the highs tend to be less flashy and more subdued.

Its sound seems to be tuned in such a way that it can be described as an overall re-tuning of ANOU to sound more midrange-centric, and instead of the energetic nature of both the low and high frequencies of ANOU being suppressed, it now sounds more midrange-centric and calm. 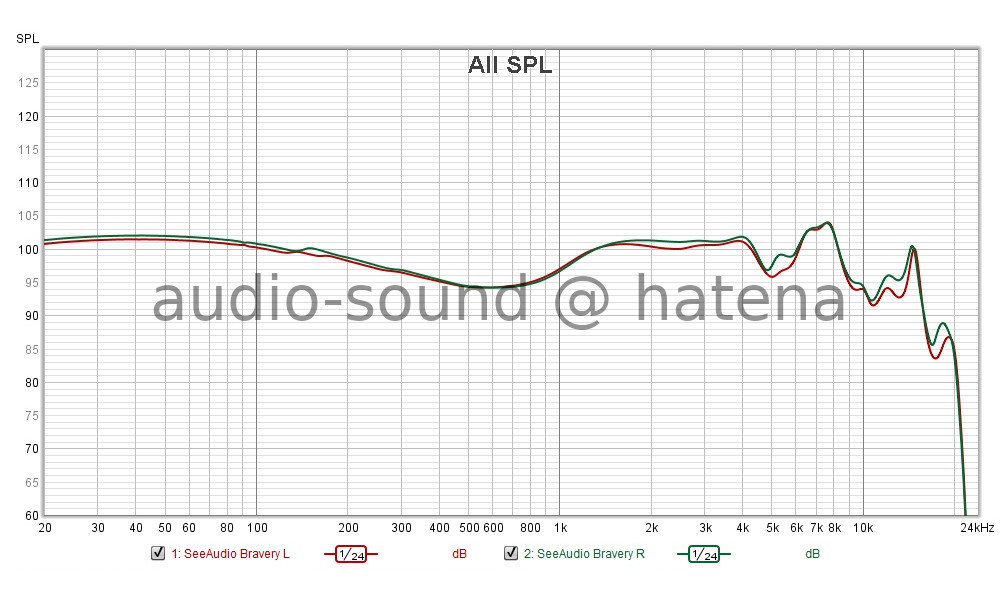 As for my concerns, Bravery is very vocal-centered and lacks a sense of edge and crunch that is related to the overall structure of the music. The rock sound is strangely too smooth, and I can't feel the momentum that comes from it. I think it can be positively evaluated as a graceful sound, but it can also be said that the music is watered down and simply lacks flavor.

This is where ANOU excelled. The momentum of the snare, the energy of the cymbals, and the coloration of the guitar edges are much more interesting in ANOU. On the other hand, Bravery's beauty is that it is easy to follow the vocal sound image because the vocals are not buried in these songs and the expression does not become aggressive and rough.

I haven't listened to it enough yet, and I haven't taken detailed measurements, so I don't know what my final assessment will be, but for now, my personal preference is more ANOU than Bravery, even though ANOU's sound has a lot of emotional instability to it. From an audiophile point of view, I don't enjoy the range of ANOU.

From an audiophile point of view, Bravery is superior in terms of range, consistency of midrange including vocal image, and stability of high frequency listening comfort, but my personal preference is ANOU, which is more enjoyable to listen to.

Well, compared to the Harman Target IE 2017, which is relatively close to my taste, the Bravery doesn't match up very well, and I can confirm from the measurements that it's not really to my taste. For my taste, the mids and highs are too subdued and the sound lacks luster. 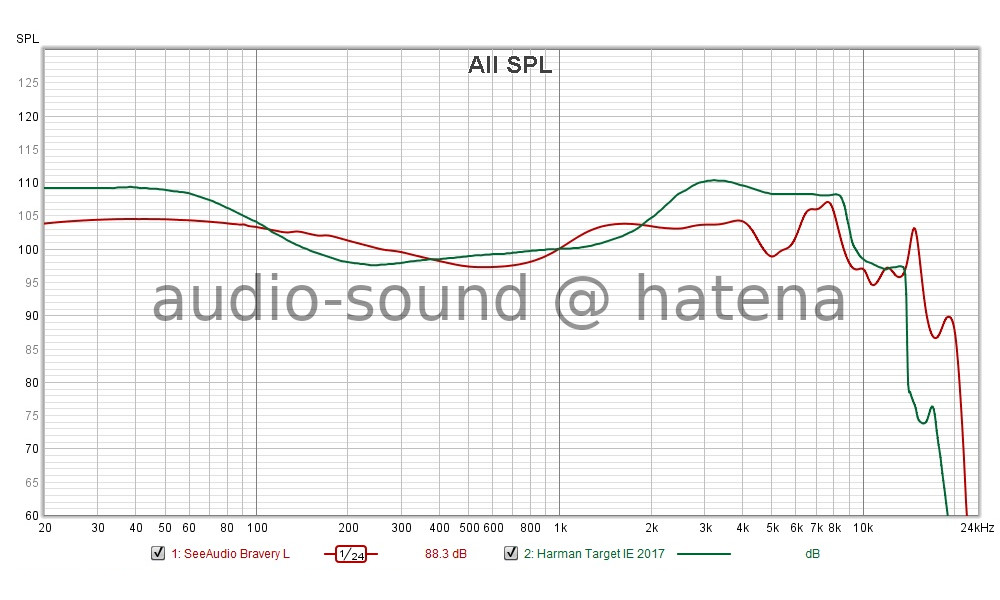 The audio status points out that it may be too lacking near the mid-high range.

The monitoring ability is rather high, so if you're looking for earphones that don't let you hear too much, and just cut out the vocal image and the clarity of the instruments, I can highly recommend them.