The earpieces are made of aluminum and are lightweight and sturdy. It seems to me that it is a somewhat flat and rugged design, so I wonder if it deviates slightly from my liking, but it has good fit and good noise isolation. 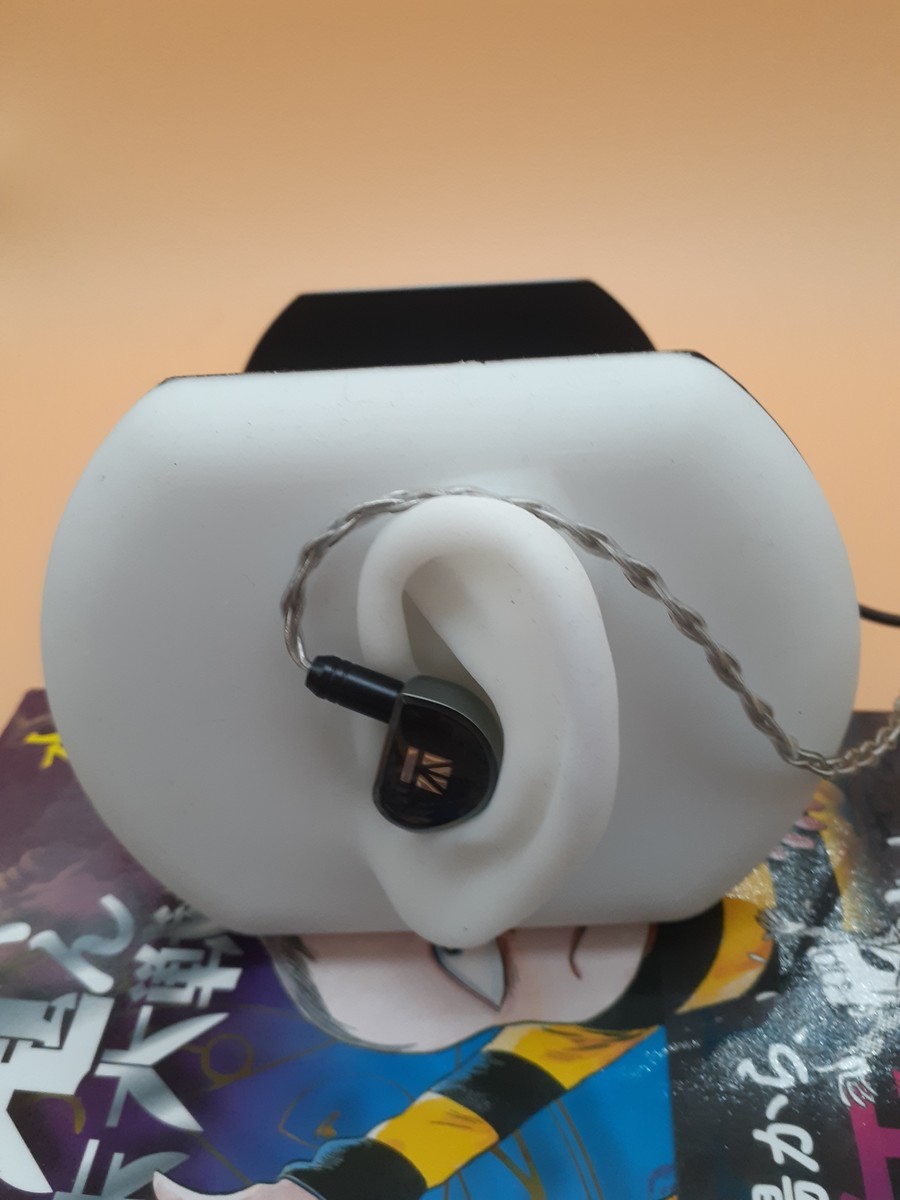 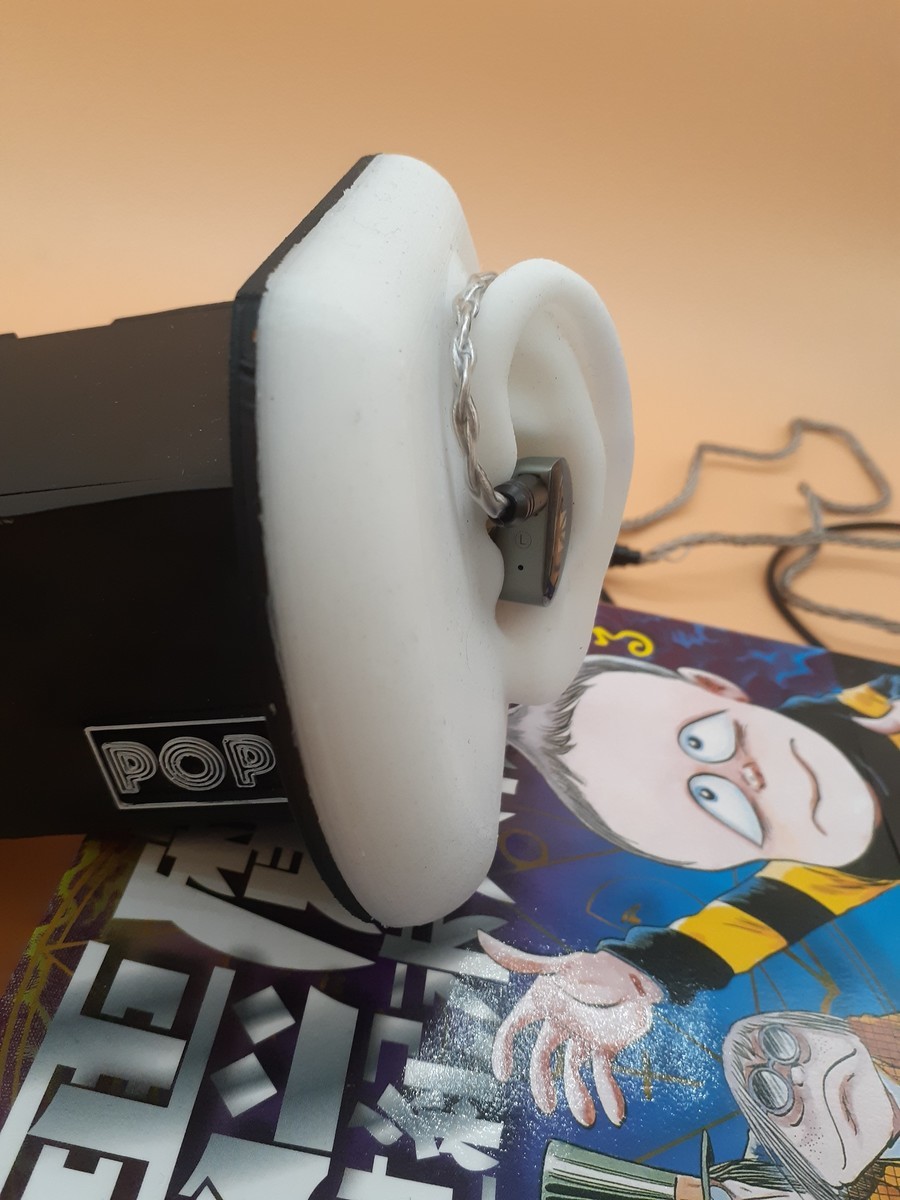 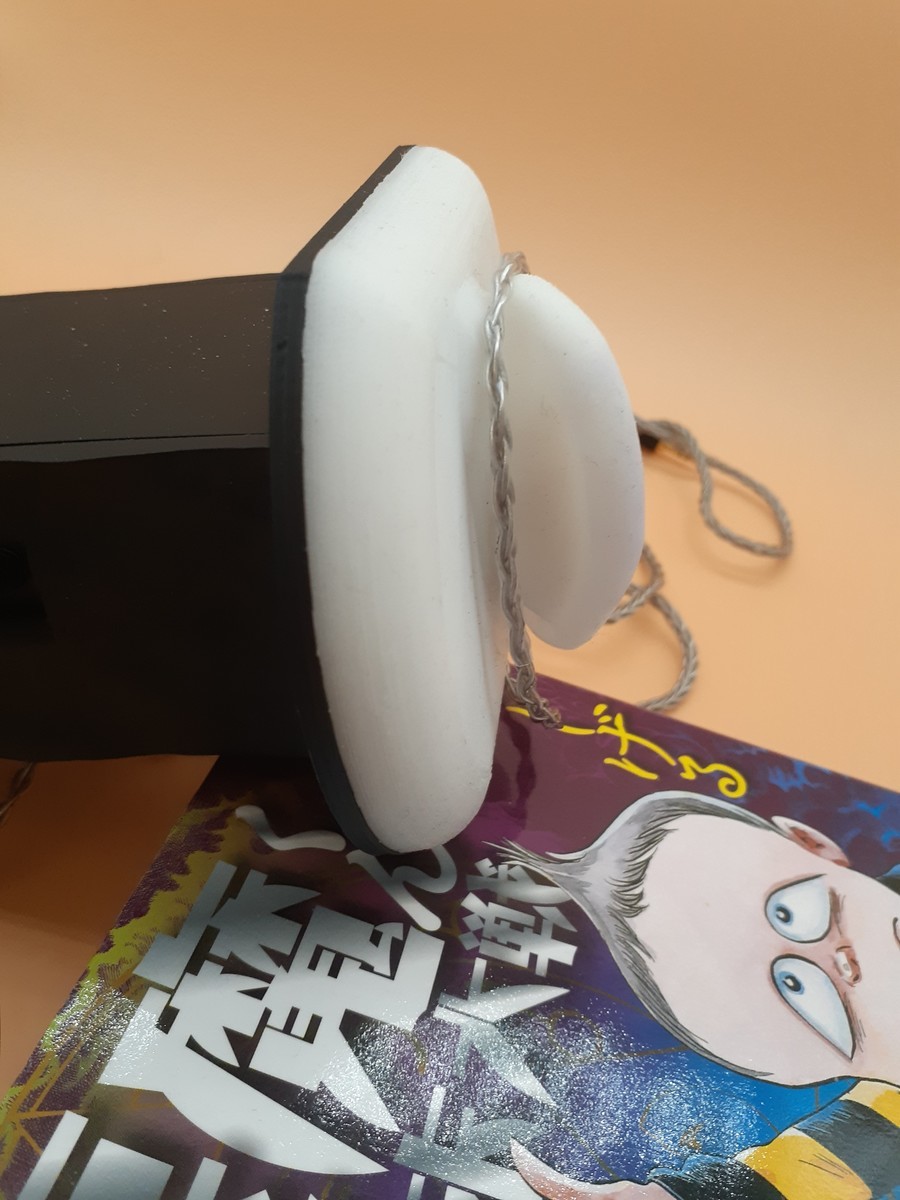 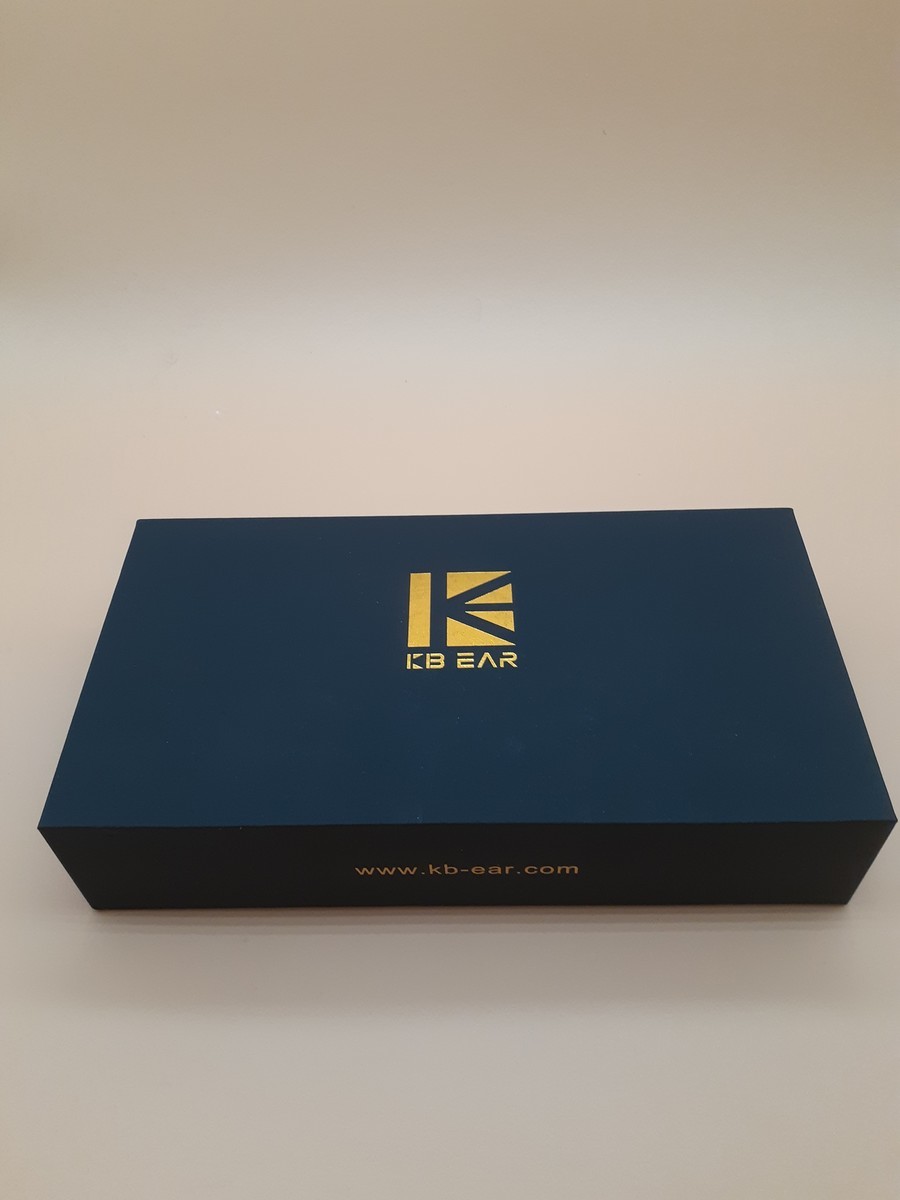 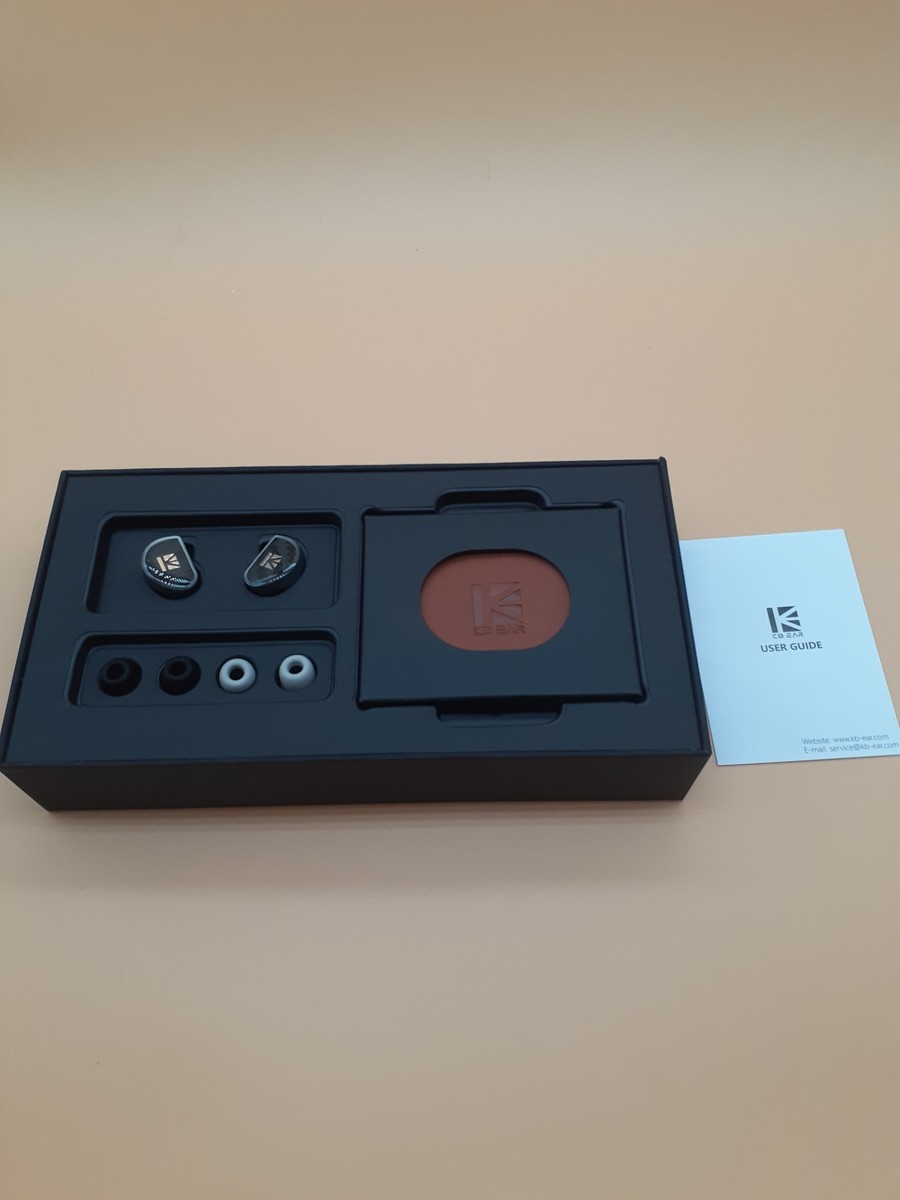 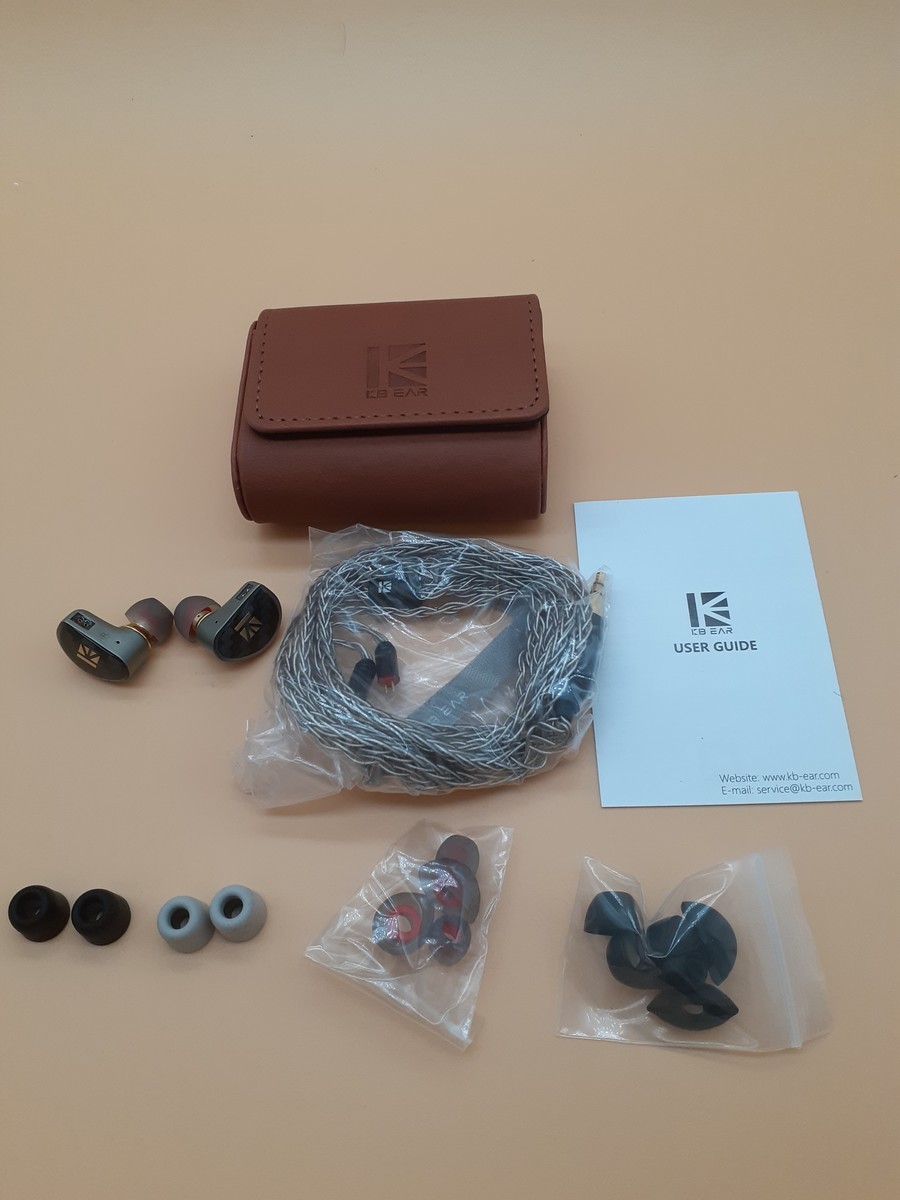 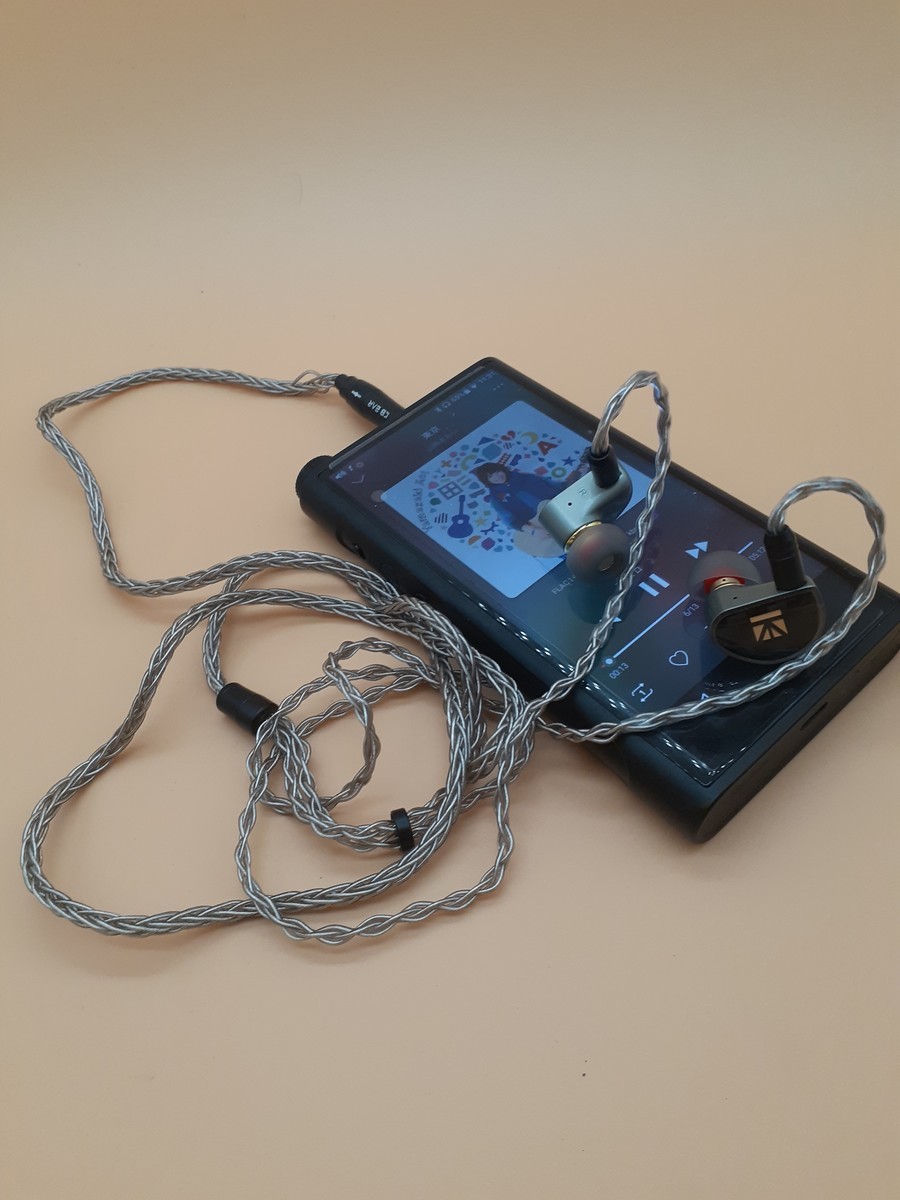 Sound quality: Sound is firmly built on a warm and deep low base 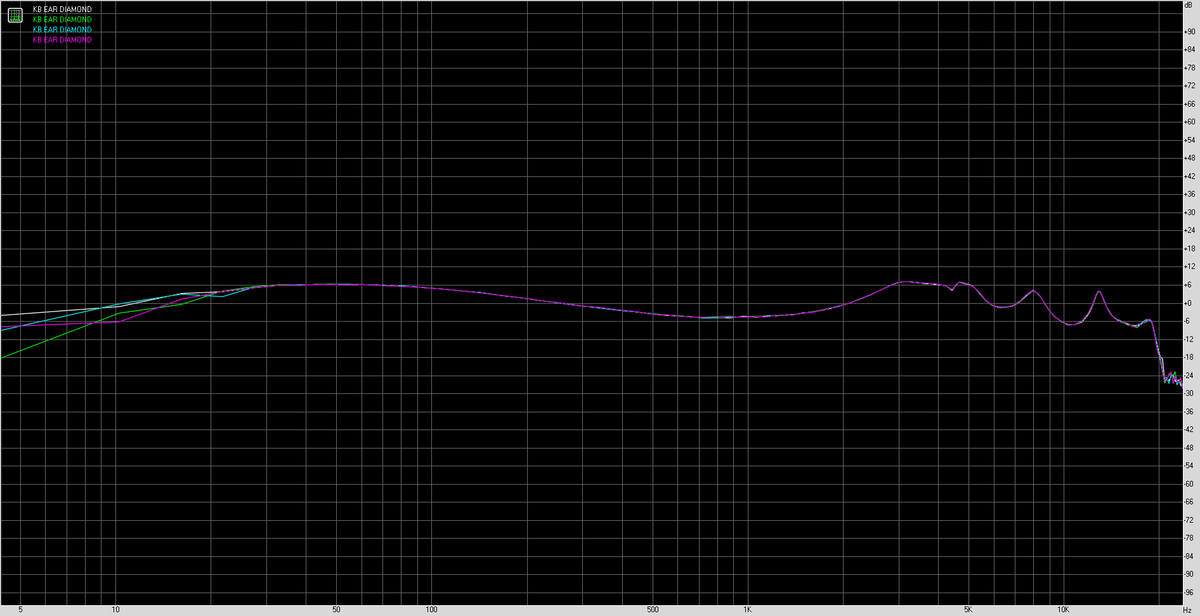 This time, I check the first impression using the large size of the silicon with red tube in the attached ear tip.

Sounds enough with a smartphone

Although there is an impedance of 32Ω, it is relatively easy to sound even with a smartphone. I tried it on my Galaxy A30, but there was no shortage.

Heavy sound. The separation between the low and mid ranges is a little poor, and the heat of heavy bass tends to climb up (Uru - "Anata ga iru koto de")

The first thing I want to mention about this earphone is the "warm low range" mentioned on the Amazon product page. The earphones do not emphasize the separation at the border between the low and mid frequencies. It is tuned so that there is not much feeling of depth and cleanliness in this area. As a result, the mids are well connected to the lows, giving the sound a thickness, massiveness, volume, sinking, and squealing, but the lows tend to swell near the mids. In addition, the midrange coloring by the low-frequency heat is a little strong, and the sound field has a warmth and is blurred.

These adjustments stabilize listening comfort, bring realism to the sound, and achieve a live feeling. However, on the other hand, the sound of the low range is easily transmitted to the mid range, which creates an impression that the separation is not enough and it is easy to get caught. Attack at high frequencies is also weak, so the sound field of the instrument can be somewhat blurred and the sound image of the instrument may be unclear. There is a clear clue in the mid-high range, and I don't think there is a lack of contour, but there is a feeling that the whole sound will be pushed out a little gently.

So if you want to enjoy a warm pop like this song, it will give you a nice warm feeling. In addition, the high part of the high range is slightly lowered, so the sound is moderately sweet, but it is not a closing taste, so it is a little airy and the vocal gives a sense of openness. The vocals will be a little plump, but not forgetting the smoothness, and they will have a mild impression with no sharp consonants.

The sound of the piano is also mild and low in height, so it has a firm texture and gives clues to the contours, but the hammering is not too strong, and the subduction makes it sound a little wide. Strings also spread well in the mid-high frequencies, so these instruments provide a sense of stability and harmony throughout the music. On the other hand, the sparkling sensation is subdued, so for some people it may not be bright, and the hi-hat may sound calm, quiet, a little lower. It's great for rich pop music, but if you're looking for a clean, highly diffuse crash experience, it might not be enough. The element that leads to the fragility of music is basically not emphasized, so music is generally stable.

In dance music, the warmth and volume of the floor surface tend to come out in the mids, and the sparkle and detail are not emphasized so much in the high range, so even if the physical feeling of the underbody is good, the impression of the floor space may be somewhat unclear.

The floor is powerful and voluminous, and it seems that there is no shortage of underbody, but the sharp feeling will be weak. For this reason, it is a little poor at rhythmic feeling and it is easy to get the impression that stability is a little too strong.

You might think it's not suitable for a dance-like tune, but it's not late after trying the black silicon on the included eartips before disappointment. This ear tip improves the growth of the high range to create an attack feel, makes the lows a bit tight to give a sense of speed. However, it may still be a little dark overall. Also, the sound field is a bit cramped and not wide.

In this song, the bass has good warmth and swelling and enough to support, there is enough thickness in the mid range, and there are instrument sounds with moderate hardness that emphasize the cues a bit in the mid-high range, therefore it creates a sense of fulfillment in a somewhat constructive way. There is a solid foundation and some instruments, such as a hard and rich piano sound, and a vocal with a sense of stability, which is a little firm, but the feeling of fulfillment is enough.

The particles of hi-hats and acoustic guitars are also clearly emphasized with a somewhat stiff feel. However, on the other hand, the hardness is moderately neutralized by the body, so the color of the acoustic guitar is golden and warm, and the clues are hard but sound gentle. The highs aren't completely closed, but they're a bit regressive, giving a rich feel to the mids.

Even though it is warm, there is a sense of resolution because there is a sound feeling like the clear‐cut features but since the sound field is not wide, I think that it feels like a closed sound field that wraps a little. This is not a bad thing for this song, which can lead to a sense of fulfillment, which has the effect of increasing immersion.

In a song with a strong low range like this song, the low-pass heat is strong and a deep bass rumble is also felt, and there is a live feeling, but the sound is not organized, so the drum kicks and basses have a boomy feel that can be heard in a slightly cloudy environment. Therefore, if you like the low range sound with live feeling like a miniature garden where you can feel the closedness of the live house, you will get a very fresh impression, but those who do not like the feeling of stuffy might avoid it. However, the instrument sounds are not buried because firm clues can be felt in the mid-high frequency range, and there is a slight attack on the bass drum kick, so the visibility is not bad and the space is not completely muddy.

The low end becomes quite dominant, so you may feel like a closed headphone. In fact, there are places where the spread of low frequencies makes the sound field look a bit wider on the floor. It also sounds powerful enough.

It has a sound signature that should be a gentle U-shape, and there is a characteristic that the lows and the mids are somewhat intimate, and the three-dimensional effect tends to be ambiguous. It may give people the impression of being buried, but it has a lot of information on the floor noise and it has a lively feeling. I think that the sound sounds mild because the retreat is seen in the high range, but in the middle and high range the hard cues give out a solid feeling, so unexpectedly the skeleton of the music is felt firmly, and there is a sense of constructive stability. The sound field is not large, but there is a sense of fulfillment and a slightly open feeling. Sweetness is not without its existence, but it is not very intense, so even though it has a warm sound, it does not feel very moist and nostalgic.

The heat dominates the sound field in a song with a strong low range, but in a song with a thin low range, the mid-high range that is hard and tight is noticeable, and the impression of the sound may be slightly different. The piano sound does not shine and is not strong, but it will have a firm feeling. Although the solid feeling is expressed quite clearly, it is not a precise sound because there is not much sharpness.