GRADO PS2000e is one of the most wonderful headphones in the world, made by GRADO Inc. of America, loved by people all over the world. Its sound features deep lows, a wide sound field, vibrant mids and naturally extending highs, making it very musical and giving you the feeling of being in a premium listening room. If the sound of the Victor HA-WM90 provides the best studio sound, it might be more theater-like. Anyway, there is a rich spread.

The headphones are packed in a simple design box. The accessories are simple and packed well, but without any extra decoration, it has an elegant design. 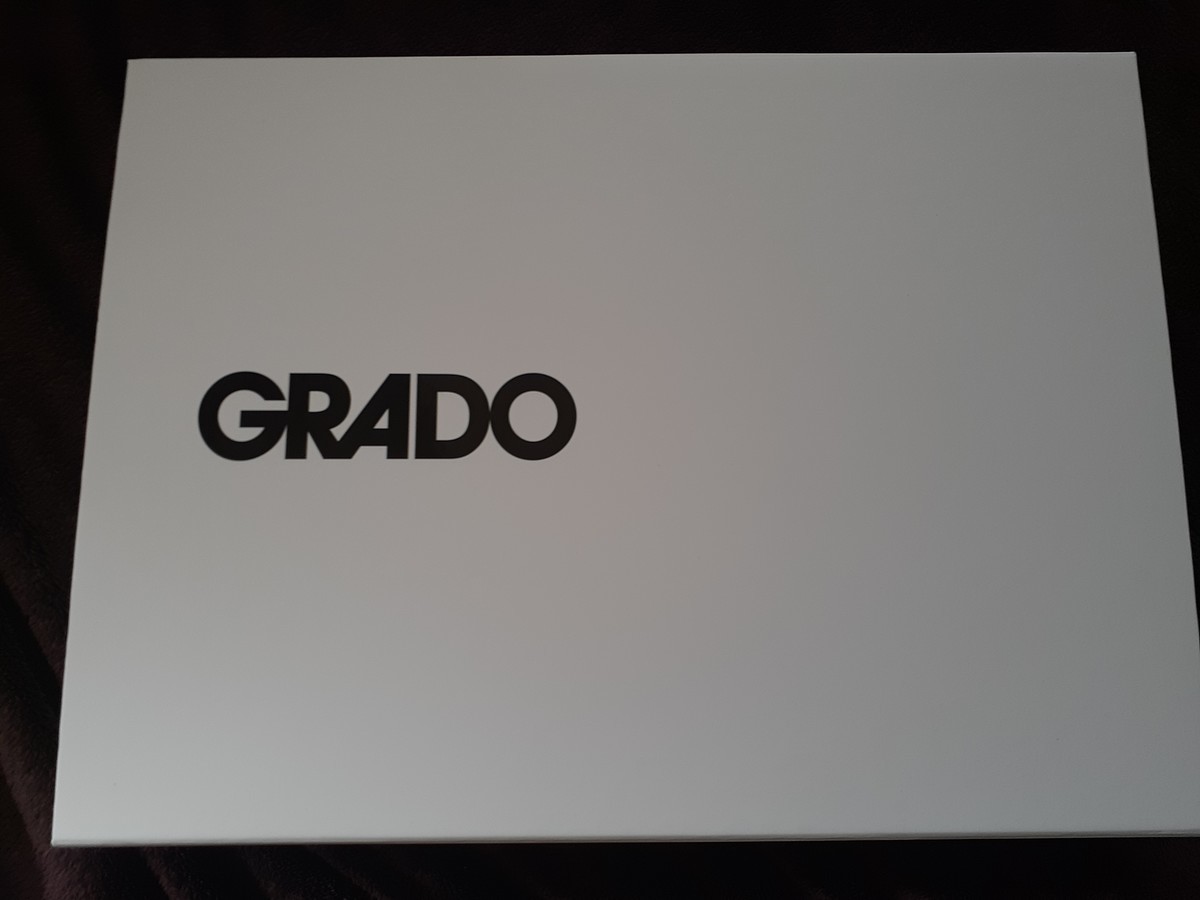 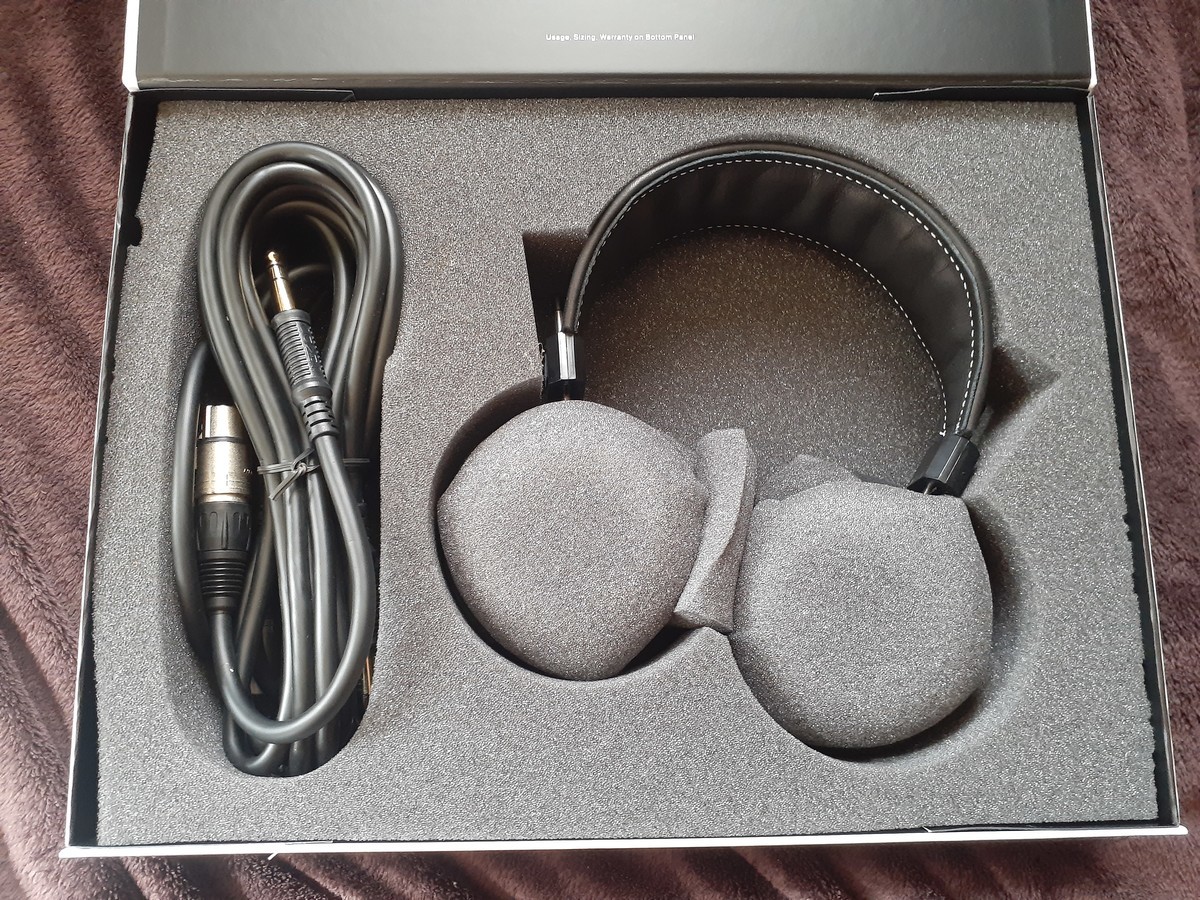 It is rather large and heavy. It feels like a Dragon Ball's "scouter" on both ears, with a little width.

Also, rather than being supported by lateral pressure, the feeling of wearing is more like a pair of scales on the weight of the housing of both ears like a balance and putting it on your head. Therefore, when you move your head, the position of the speaker that touches your ears also moves, which makes it easier to change the fit. 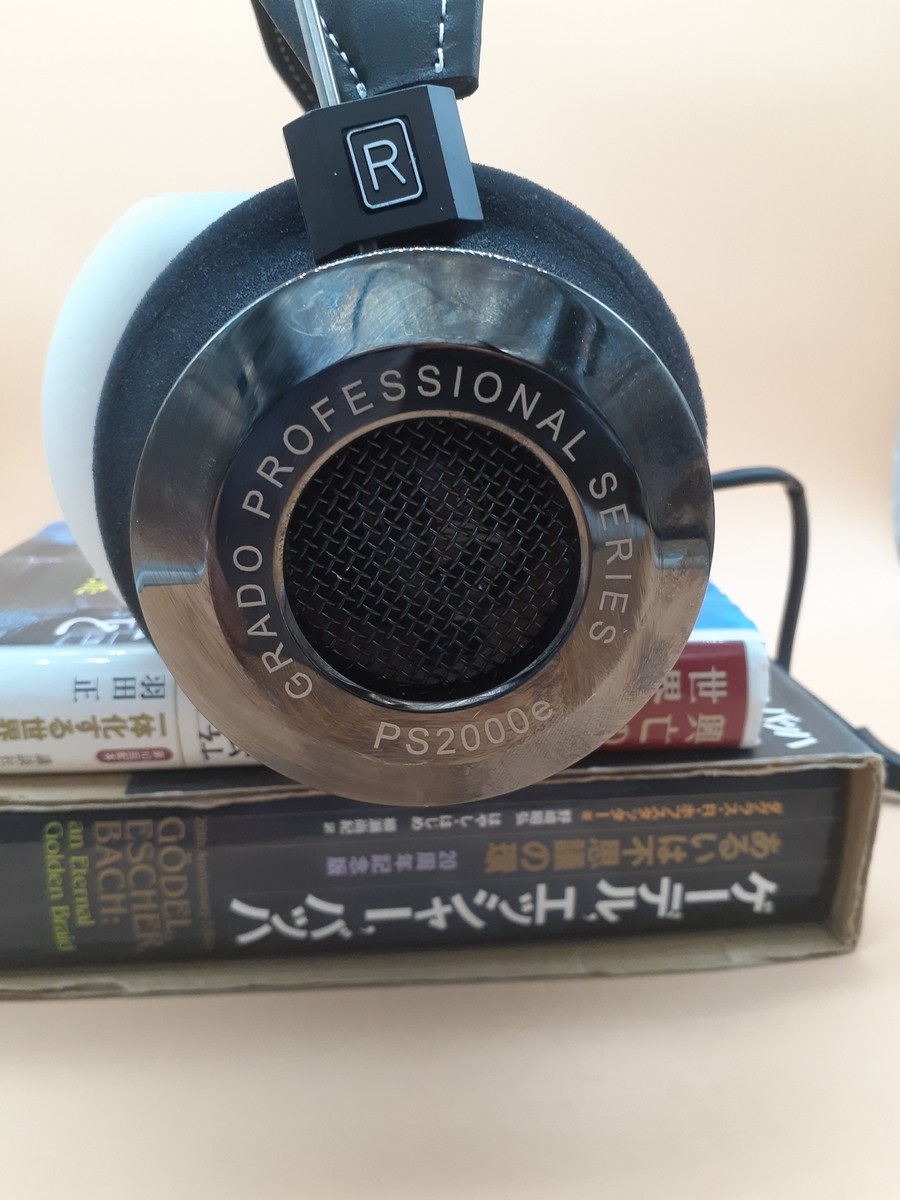 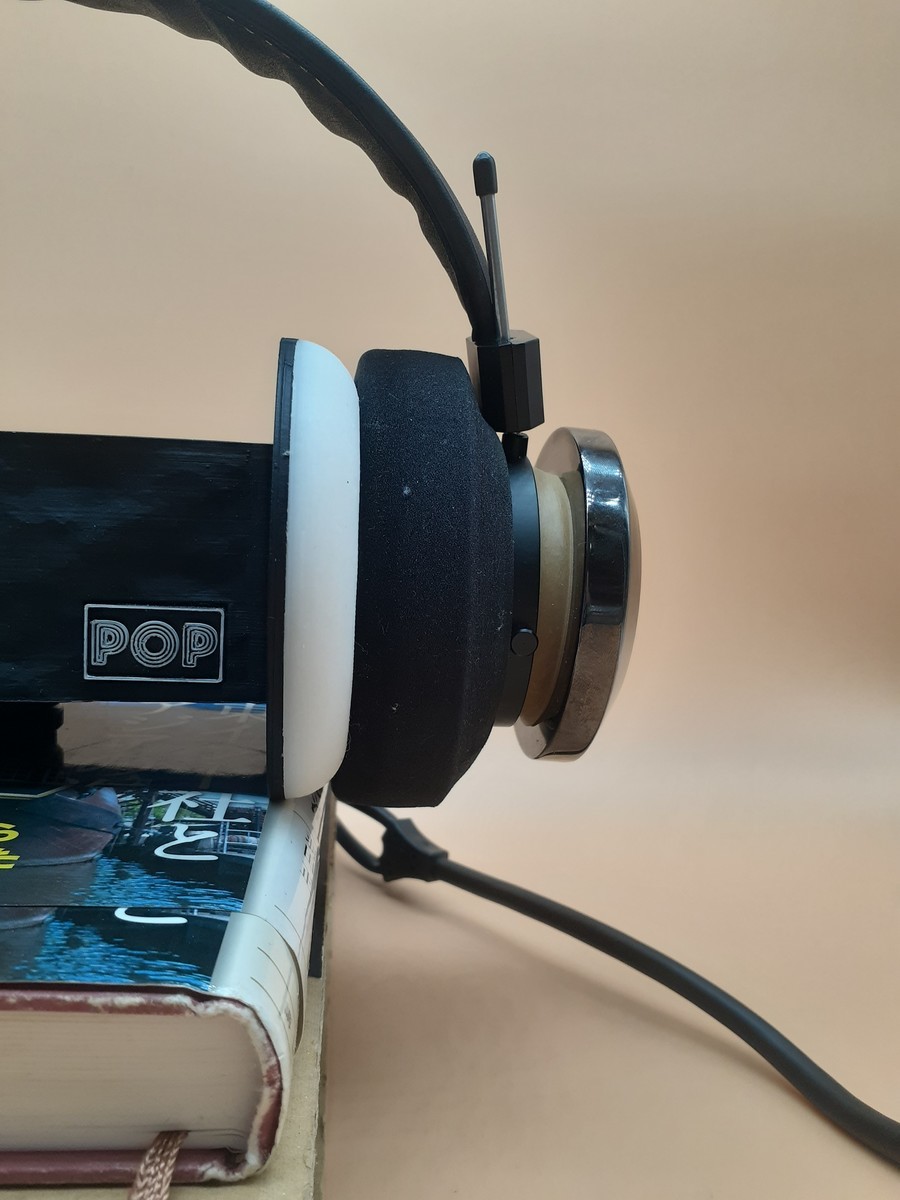 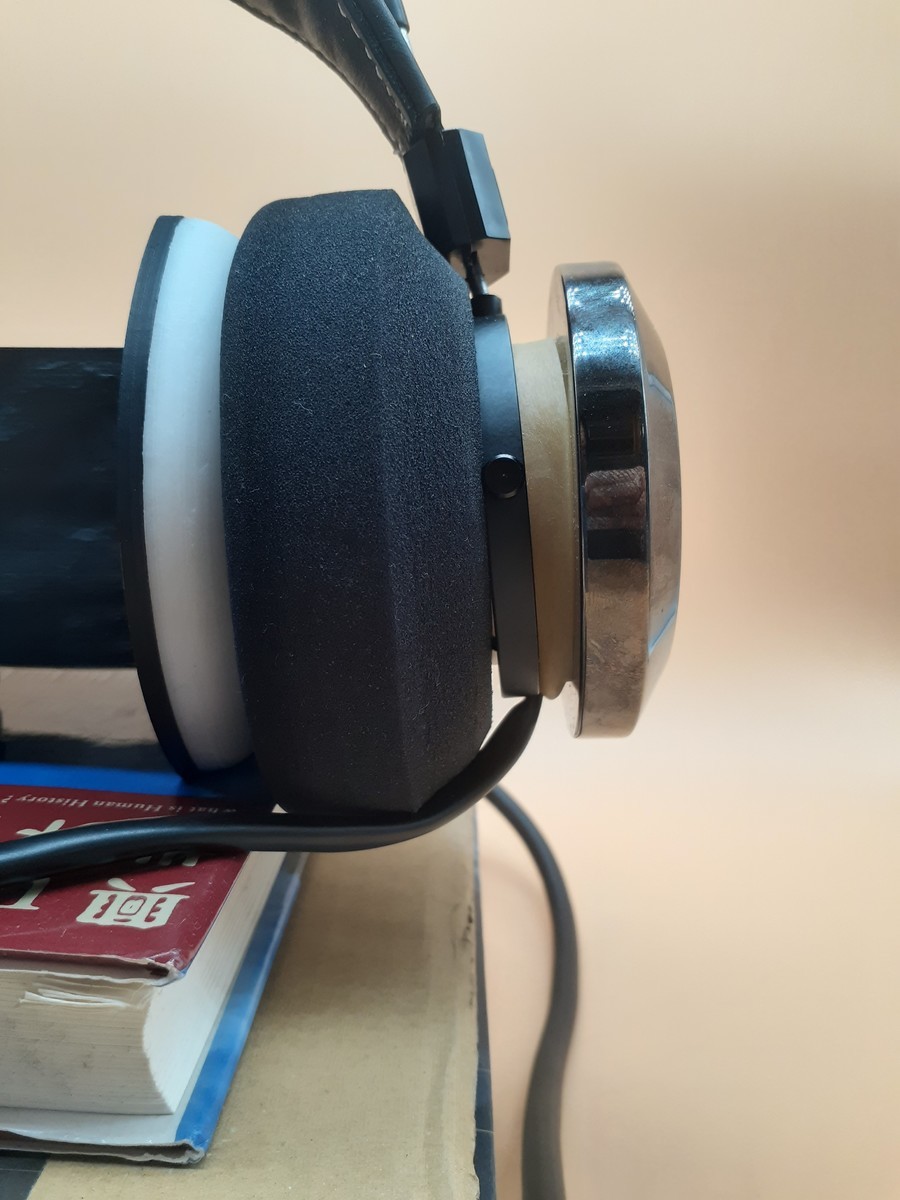 *Due to the response of the ear simulator, the reliability below 20hz and above 16khz is not high. 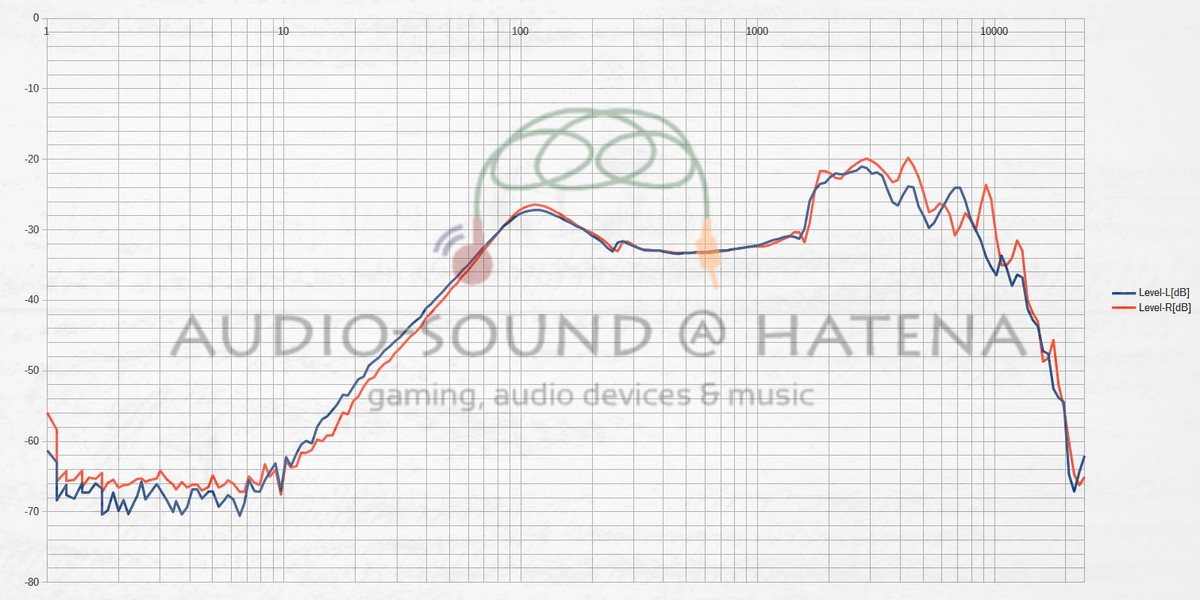 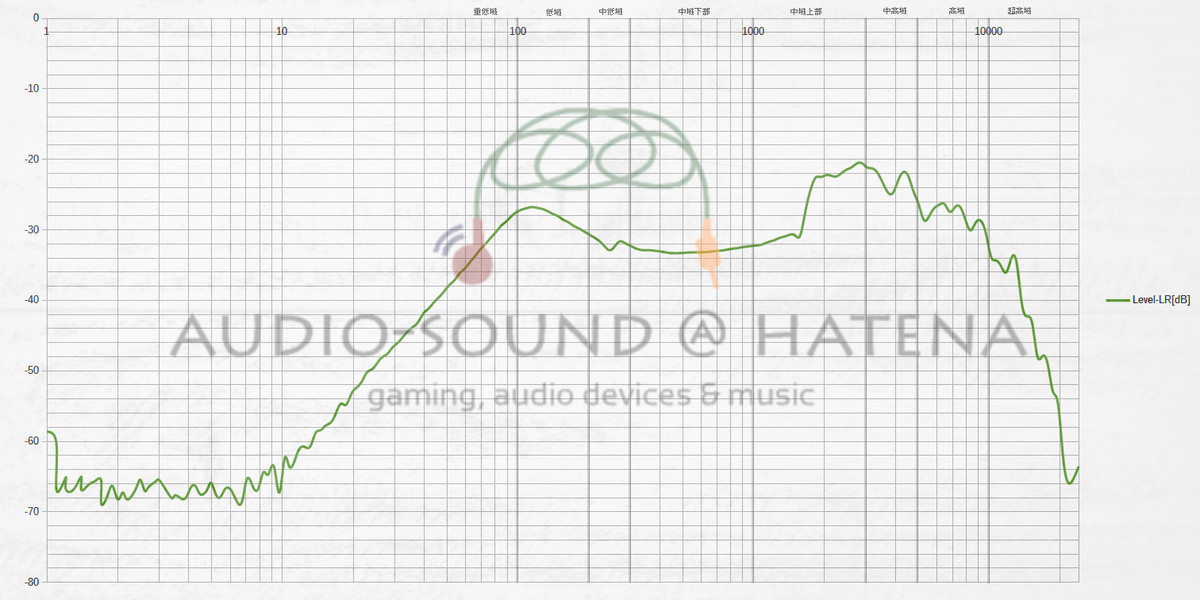 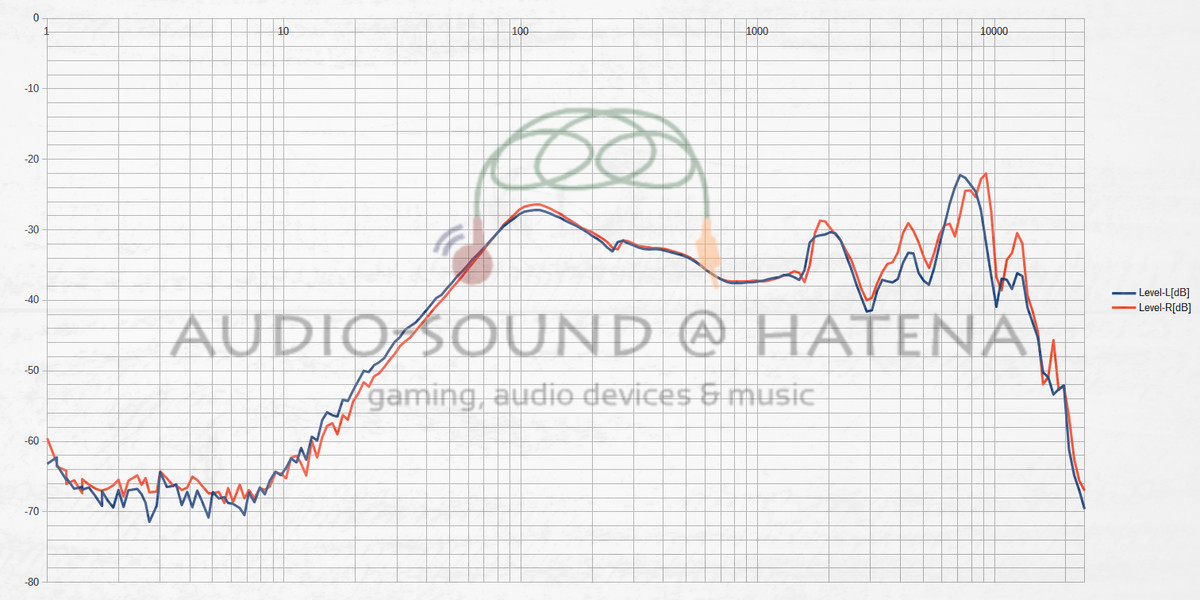 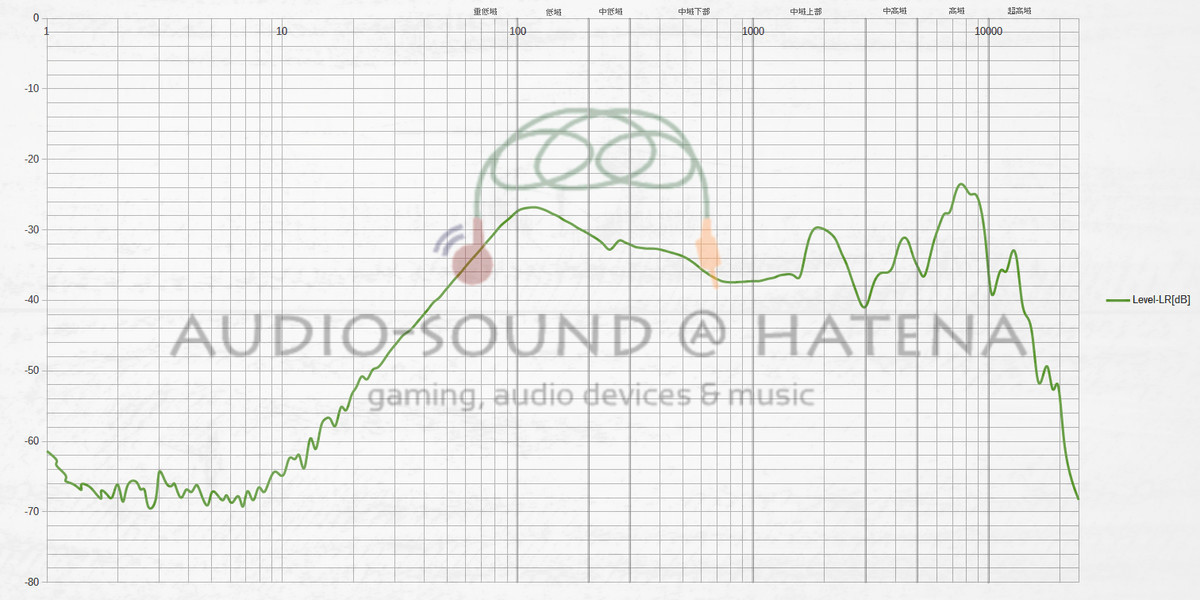 The fact that the low frequency range of 100hz and below is reduced is a characteristic when the airtightness is poor. In the case of a canal type earphone, if such a waveform appears, it is necessary to re-record, but in the case of this headphone, it is an open type, and because the shape of the ear pad does not completely seal around the ear, such a graph Will be. It is possible to push it in a little to increase the degree of sealing, and measure it, but this time, I left it as it is, considering the characteristics of the headphones and the actual wearing situation. This means that you can't trust below 100hz, but it probably sounds like this.

The overall signature is rather V-shaped, but the mids are clean, but with the interesting adjustment of coming out far enough. The low frequencies basically focus on depth and weight, but the expansion in the deep areas is suppressed, and the geothermal heat is not drawn too much from the heavy low frequencies, so the feeling of floor sound is not strong. Therefore, rather than being immersed in the music, you can enjoy it with a sense of appreciable distance.

From the low range to the mid range, we are a little aware of weightness, but the thickness is suppressed, and from there there is a gentle retreat up to 1khz, and this adjustment brings a feeling of cleanliness to the mid range and wide space.

However, at 2khz, there is a sharp upheaval, and vocals and electric guitars come to the forefront, allowing you to fully hear the sweet and sexy sound. The guitar edge is not too sharp, and it may sound shiny and possibly feminine. The instrumental sound is also glossy and sensual. There is a fascinating space where a wide sound field is formed on the deep low range, and the sound of natural thickness echoes from there. The high range is tilted forward enough to maintain a natural transient, naturally closing the space, and not giving too good ventilation, giving a moderate sealing feeling. There is plenty of height, but it is not open above.

Enjoy the sweet sound with the "Rock" recording signature!

Frankly, it's one of the best headphones out there right now, and will be especially appreciated by those who love the sweet, musical sound. The feeling of moisture is moderately saved, it is neither dry nor too moist. The vocals have a slightly suppressed body and emphasize the details, but they are moderately sweet and natural. I want to hear Damian Rice on this headphone and I love to connect it to the FiiO M15 and listen to Halls & Oates. This is really great headphones.

It is not without its drawbacks. It is easy to get noisy when listening to a song with a lot of low frequencies.

Let's compare it with the open type high-end headphones ULTRASONE Edition 15 which can be a rival at about the same price range. The graph below has been adjusted for free sound field and adjusted so that it intersects at 1khz. 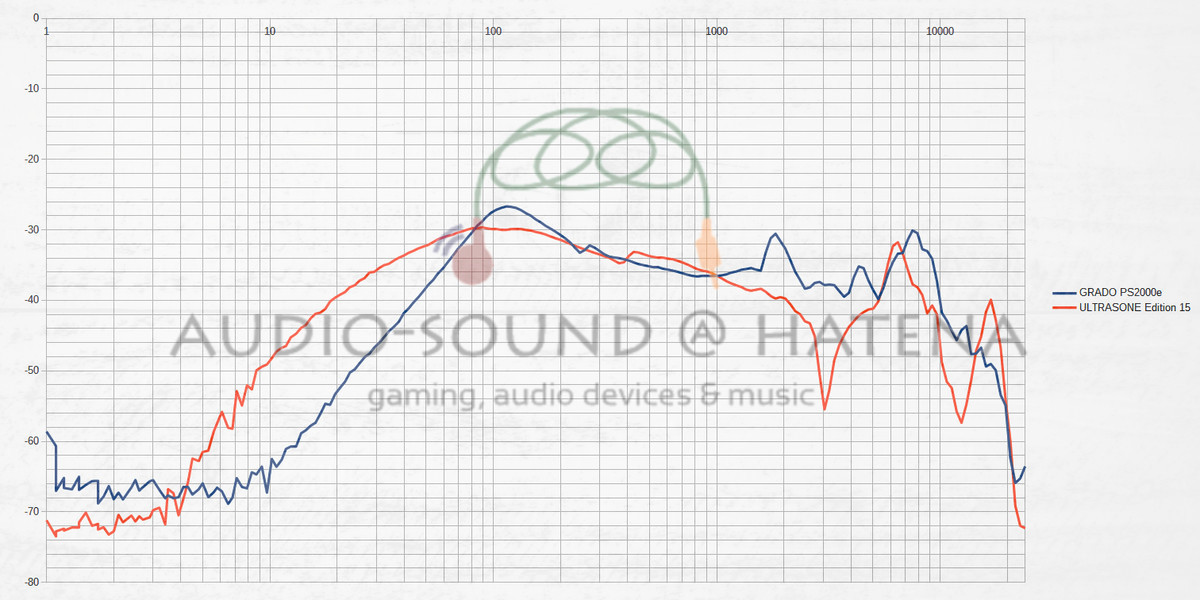 First of all, GRADO PS2000e is basically better in the middle range. In Editon 15, the low-frequency hot air easily bleeds into the mid-range, causing turbidity, so the PS2000e will be more satisfying for those who want to hear the mid-range cleanly. For most people, the PS2000e has a more stable feeling, it feels more calm, and it sounds refreshing. On the other hand, in terms of resolution, Editon 15 has a more solid feel, and I think the outline is audible, compared to the relatively soft PS2000e. You will also find that the sound of Edition 15 is very full, rich and more spectacular and powerful.

Please refer to the following for the basic principles of recording signatures and how to enjoy them.

The recording signature is posted for advisory. The free sound field has been corrected. Since it is a high-end headphone, we prepared 3 types of sources this time.

The music used in the recording signature is from the game maker Nippon Falcom, which I love.

If you want to get a glimpse of the musical and beautiful world where sweet sounds are heard in a wide sound field, GRADO PS2000e is an item you should definitely buy someday. It contains one of the best listening rooms and will take you into a luscious world. This headphone is definitely a masterpiece that brings blissful times.